The strange fashion trend of wearing balaclavas is making a comeback

AFP – Nostalgia for past decades is such that it could revive enthusiasm for an accessory long hated by many: the balaclava.

After a first breakthrough last winter, the balaclava craze seems to be hotting up again. And that’s bad news for anyone for whom the said accessory was one of the biggest clothing traumas of their childhood.

When he’s not opting for a hoodie-cap combo, Kanye West is stepping out in a balaclava, much to the annoyance of some of this accessory’s past victims.

And in light of the American rapper’s past influence, it seems that he turns everything he wears into a fashion trend.

The balaclava is not likely to escape this phenomenon.

Already popular last year – although it never really managed to break through as a flagship accessory of the season – the balaclava seems to be trying its luck once again through various vintage, ultra-trendy and even futuristic models.

This is a trend that anyone over 20-30 years old could well have done without. 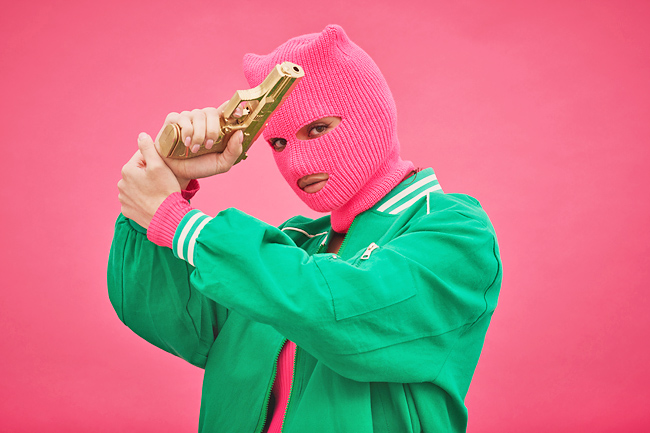 Covering the head – partially or totally – seems to be one of the trends of the moment
in fashion.

Barely a show goes by, it seems, without the Balenciaga brand, popular with the Gen-Z generation, using accessories of all kinds to hide or cover the faces of its models.

And it’s far from alone. It’s the same story at Givenchy which, for the Autumn/Winter 2022 season, offers an eye-catching cap with integrated balaclava, while Richard Quinn juggles between full latex catsuits and ruffled hoods covering a significant part of the face.

What may seem even more unsettling is that, rather than recoiling in horror, people actually seem to be getting on board with this trend.

Still, it can surely only appeal to the under 30s, perhaps even the under 20s, who did not experience any balaclava trauma in their childhood.

Indeed, children who grew up in the 1970s and 80s – the golden age of this snug accessory – likely experienced the full force of this clothing item.

Although convenient for parents – covering a child’s neck and face simultaneously – for their offspring, the balaclava will forever be associated with itching, the look of a slightly awkward misfit, or being swamped by the accessory’s generally uninviting knit. In short, there’s little chance that kids of that era will ever want to relive the experience.

Still, according to the Etsy platform, searches for balaclavas have jumped by 183 per cent in the last three months, compared to the same period last year.

This is based on the analysis of searches conducted by a community of 94 million buyers among the 7.7 million sellers who have seen the greatest increase in the last three months (compared to 2021).

And while it has not yet taken hold on the street, it is clear that the accessory is already working its magic on social networks, where a new trend seems to involve posting a snap of yourself in a balaclava.

The term has already scored no less than 280 million views on TikTok, one of the most significant trend incubators.