THE WASHINGTON POST – FromSoftware games are having a moment thanks to Elden Ring being the biggest hit of the year. There’s never been a better time to look back at the studio’s illustrious output of adventure games – starting with 2009’s PlayStation 3 exclusive Demon’s Souls – especially since Elden Ring feels so much like the culmination of everything the developers have learned over the years.

Ranking the Souls games by FromSoftware is a tricky proposition. Every game is a deeply personal experience; a player’s enjoyment depends wholly on their ability to navigate and understand each game’s rules to overcome its challenges. For many players, the first time a Souls experience “clicks” is likely going to be the most memorable. There’s nothing more satisfying than finally understanding how a Souls game should be played.

The following ranking of FromSoftware games is based on a few factors. Much of it is subjective, stemming from my own experience with each title. But I will also consider more objective factors, including the legacies of each title and how much every list entry lives up to the promise of the notoriously challenging Souls-like genre, which allows players to permanently upgrade their attributes and statistics, empowering them to tackle the increasingly difficult fights ahead.

That last part is especially important to keep in mind as we look at the lowest ranked title on this list.

Sekiro is an exemplary showcase of action design. Its parry-and-deflect system makes for probably the tightest and most beautiful sword-fighting system in the video games medium. But its inflexibility also makes it the most difficult title from FromSoftware. It is, arguably, too difficult for many players. If a player can’t get the rhythm and timing down when it comes to deflecting lightning-fast katana attacks, they likely won’t be able to advance through the game.

This is why Sekiro is the worst Souls-like game. Contrary to popular belief, Souls-like games are not just defined by their punishing difficulty (usually in the form of a mechanic whereby players lose experience after each death). They are also role-playing games at heart. In Sekiro” there is no real way to customise the player character. They may earn skills and a few weapons, but the core gameplay of attack and counter simply can’t be ignored. There are bosses meant to walls off a player’s progress: If you can’t counter and deflect Genichiro Ashina, the boss who appears halfway into Sekiro, forget about playing the rest of the game. 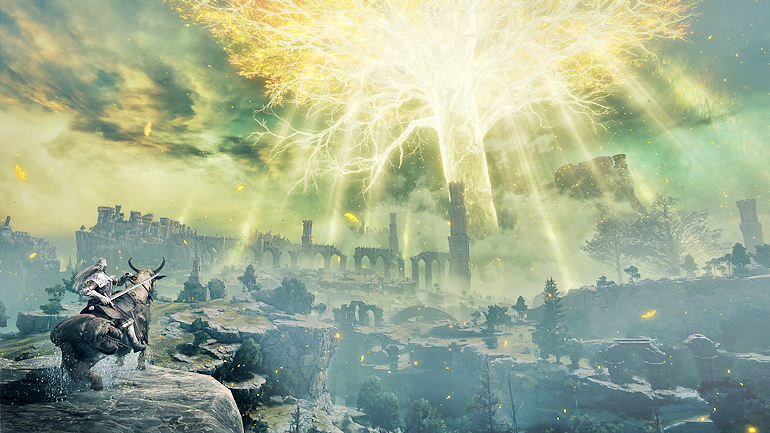 As far as pure action games go, Sekiro is a tremendous achievement, and one of the finest ever made. Its roots as a reboot of the classic ninja series Tenchu also introduced a grappling hook and jumping abilities that added a new verticality to FromSoftware’s level design, an idea that would reappear in Elden Ring. But because it funnels players toward one play style, that of a master ninja and nothing else, it’s a stretch to call this a role-playing game. Of all the games created by the studio since Demon’s Souls, this is the game that caters most to action game purists. However, it barely fits – if at all – the definition of the genre FromSoftware created.

Dark Souls 3 has the fewest new ideas to contribute to the Souls-like formula. Instead, the third and final installment of the Dark Souls series is incredibly self-aware: It is a “greatest hits” compilation of FromSoftware’s design concepts. The story itself even acknowledges how the Dark Souls experience can blend together.

You can tell FromSoftware intended the third game to be a swan song for the series, fine-tuning many of the elements of the original Demon’s Souls formula to grant greater player customisation, accessibility and power. Its world design is a mix of the winding, folding-onto-itself nature of the first Dark Souls, and the linearity and breadth of the second game.

Dark Souls 3 is such a comprehensive Souls experience, it’s easy to see why it might top many fan’s lists. But given the new ideas every other game on this list – including Sekiro – contributes to the formula, this is the least essential Souls game.

The first sequel has a bad reputation, and it’s perhaps the most famously mismanaged of FromSoftware’s projects. It started out far too technically ambitious (it famously had to eschew a complicated lighting system because it was too much for the seventh generation of video game consoles), and it’s the only game in this list not directly helmed by series creator-Hidetaka Miyazaki. It lost one of its directors partway through development, leaving co-director and longtime FromSoftware developer Yui Tanimura to not only direct the game himself, but salvage an incomplete project from whatever assets were built for the initial, graphics-intensive vision. You can feel the strain in Dark Souls 2 as it literally stretches itself across many regions; it barely makes sense geographically. The game is choked with enemy encounters, pushing the boundaries of acceptable difficulty.

But Dark Souls 2 can very reasonably be called Elden Ring version 0.5. All of the biggest ideas from the latest game are rooted in Dark Souls 2, including the scale and span of its world, the mythology, and the expanded utility of weapons and player builds. It’s also perhaps the saddest game of the Dark Souls trilogy, if not the entire genre. It tells the tale of the lost King Vendrick of Drangleic; when you finally meet the monarch, players are greeted with the loneliest image the series has yet to conjure.

Tanimura would go on to direct the best downloadable content for Dark Souls 3 and co-direct Elden Ring, his vision finally fulfilled. Dark Souls 2 is the game that helped define the journey of Elden Ring, both in development and the final product’s experience of traversing across a wide expanse of dungeons and castles.

Demon’s Souls is a milestone, defining the subgenre of Souls-like video games. Some of the best, most enduring ideas in the series can be traced back to this PlayStation 3 exclusive, initially ordered by Sony to compete with Bethesda’s Elder Scrolls series. Instead, series creator Miyazaki decided to sharpen his focus on the most engaging aspects of a role-playing adventure, including the feel of every combat scenario and the density and detail of the environments. There’s a purity in its design, modelled after the Super Mario Bros approach of having levels within levels, punctuated with epic, sometimes puzzle-like battles. Thanks to its innate focus on a player community, who would trade tips and experiences online among the franchise’s growing fan base, the Souls genre was able to survive and grow large enough to encourage its legendary spiritual successors.

Demon’s Souls was unlike any role-playing game that came before. Even Sony believed the market wasn’t going to embrace it. But once it found its audience, that audience never let go. It’s a game fuelled entirely by vision and faith in its players. It’s still, today and forever, the purest Souls experience.

While Sekiro is a pure action game, this PlayStation 4 exclusive is the successful marriage of the Souls formula’s role-playing elements and fast-paced combat. It’s also home to probably the most interconnected world outside of the first Dark Souls. It’s the only game to feature “trick weapons”, tools that have dual utility accessed by a flick of a button. A sharp cane can turn into a chained whip, while a saw could extend into a nasty, long spear. This utility gives the player some agency in how to tackle one of the more difficult games on this list.

Beyond its game design, Bloodborne is perhaps unmatched in its ability to frame its battles.

Throughout the entire base game, players will hear whispers about Ludwig the Holy Blade, a great yet misguided warrior who led the futile battle against the night creatures. In the downloadable chapter The Old Hunters, players finally face Ludwig, the “accursed” Holy Blade, finding him fused with his horse and robbed of his mental faculties.

It isn’t until he realises his trusty sword was inside his body all along that he regains one last semblance of humanity, and defends himself against the player. Moments like these – among the most memorable in the medium as a whole – propel Bloodborne toward the top of this list.

Elden Ring is every idea in the FromSoftware series of Souls games brought to its maximised potential. It’s more comprehensive than Dark Souls 3. Its world is more sprawling than the one in Dark Souls 2 could have ever hoped to be. Its focus on vertical spaces expands on the roof-hopping ingenuity of Sekiro. While lacking the in-the-moment versatility of trick weapons, Elden Ring encourages a mix-and-match approach to play styles, empowering players to create characters with seemingly limitless options to attack and defend.

It’s also true that the game was very nearly too big for FromSoftware. Since its launch, the game has seen several updates that fixed missing quest lines and broken weapons and abilities. The game is so gargantuan, it’s clear FromSoftware has struggled to keep it a balanced, complete experience. It’s to this game’s enormous credit that many of these issues were barely noticeable at first, given the diversity of experiences on offer. Every new, handcrafted area features new creatures to fight and new types of challenges to consider.

Yes, some areas in the latter half of the original Dark Souls haven’t aged well. But every game on this list has a few areas that, in hindsight, could’ve been tweaked. The missteps of Dark Souls pale in comparison to what it achieved. Its world design remains the most articulate and cohesive of all the games in the series, even in light of the gargantuan Elden Ring. It remains a trick still not quite repeated, despite the studio’s best efforts.

It’s that cohesive design, that interconnectedness, that gives the world of Dark Souls a lived-in feeling that not even Elden Ring can match. While Elden Ring stretches further out, Dark Souls is the only game in the series to offer a tangible sense of journey.

While many might criticise its decision to not allow players to fast travel until halfway through the game, it’s important to point out how essential that decision was in letting players understand the world they’ve been forced to navigate.

All this, while still offering players freedom and choice that remained unrivalled until Elden Ring. This is the game that popularised the genre – and FromSoftware – and it remains the studio’s biggest creative triumph.