The Lies I Tell is a hard to put down thriller

AP – Clear your schedule to read The Lies I Tell because this book is nearly impossible to put down from the first page.

It begins from the perspective of Kat Roberts, an unsatisfied journalist, who has waited 10 years to expose the many grifts of Meg Williams, a con artist who she blames for altering the course of her own life when she was on an uphill trajectory. She spots Meg across the room at a crowded political fundraiser and finally feels her revenge fantasy is within reach.

The story then shifts to Meg’s first person narrative. On the surface, she’s attending the fundraiser at the invitation of a new friend to mingle and network.

In reality, she’s been plotting for weeks to get invited. Meg is skilled at putting herself in the path of all the right people to open doors and gain access to others. She’s got her own plan for retribution in the works against the candidate for state senator whom the fundraiser is for. Kat and Meg meet, each thinking they’re playing one another. They quickly build up a friendship, or fauxship, but soon find themselves caring for one another. That’s obviously not supposed to happen when you’re each lying to the other about your intentions. Over time they each let their guard down just enough to see the real person each is.

The book shifts perspectives between Kat and Meg so the reader is in on their true intentions from the start. For the reader, these revelations lead to questions about the possible grey area of doing what’s “wrong” in order to make things right.

Clark, the best-selling novelist of The Last Flight, also has created a cautionary tale about the internet and social media. If someone is adept at sleuthing, they can build an entire profile of a person based off their digital footprint. This book may want you to think twice about sharing your every move with the world, because you never know who is paying attention. 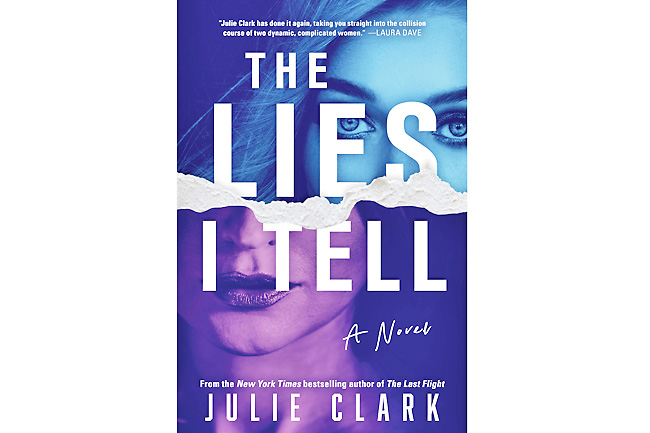