The cost of diabetes

CNA – It started with sudden blurry vision, followed by frequent urination in the middle of the night.

Then came the medical results, confirming her fears.

Sophia Petra Lee was just 21-years- old when she was diagnosed with type 2 diabetes in August 2016.

“I’d already had my suspicions that I had diabetes – there were some obvious symptoms,” she told CNA. “It was only until after I got home (from the doctor’s) that I began to feel somewhat devastated.

“It finally sank in that this would be something I’d have to live with for the rest of my life, and I struggled a lot with a feeling of being trapped,” she added.

While she has been managing her diabetes with regular exercise and a healthier diet, her finances have been impacted.

“I’ve had to figure out how to adjust my budget around increased insurance premiums (due to her diagnosis), even though I’m already kind of frugal to begin with,” said the 27-year-old writer, who draws a monthly income of around SGD3,000 to SGD4,000. 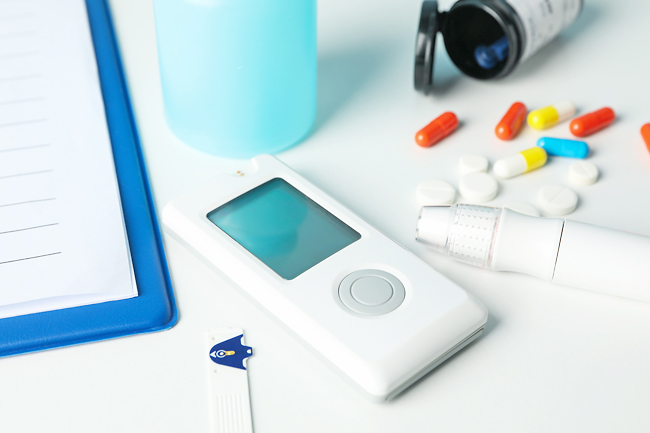 Besides paying SGD240 each month for her life insurance, up from SGD100 pre-diagnosis, she also has to go for checkups every three to six months, with each trip costing about SGD100 after subsidies.

It was a similar case for 27-year-old Amanda Ong who decided against purchasing more insurance after being quoted higher premiums due to her diabetes.

“My (current) insurance does cover diabetes, and I was getting covered just as I got diagnosed so I sent my financial adviser the medical results for them to help me with the underwriting process, and they managed to get me the plan without any additional costs,” she said.

“That said, I don’t plan on getting more insurance because I did try to get other plans at the same time and they all cost more after the underwriting process,” she added.

The singer-songwriter added that her daily food expenses have also increased since she was diagnosed with type 2 diabetes in September 2020. “It is a lot more costly to find healthy options in Singapore, such as cauliflower rice instead of regular rice,” she said.

“There are also barely any low-carb options for meals in Singapore, and for example to create a more filling meal, I’d have to order mixed vegetable rice (without rice) with more ingredients,” she said, adding that this would increase the cost of her meals by 50 to 80 cents. “I think it’s significant in the long run.”

HOW MUCH DOES IT COST?

Currently, the cost of basic screening tests for Singaporeans is heavily subsidised to encourage early detection and treatment.

Under the Screen for Life programme, health screenings for selected conditions including diabetes range from free to SGD5, depending on the patient’s age as well as their household monthly income. As for those who are not eligible for the programme, the cost of a basic health screening typically starts at about SGD50 at private clinics and SGD80 at hospitals.

Once a person tests positive for diabetes, their treatment depends on whether they have type 1 or type 2 diabetes.

For type 1 diabetes, treatment includes insulin injections, which could cost anywhere between SGD16.90 and SGD120 per cartridge, according to a list of common medications for diabetes compiled by the Pharmaceutical Society of Singapore in 2020.

Type 2 diabetes is usually managed with oral medication, with costs ranging from SGD0.06 to SGD6.30 a tablet.

The Ministry of Health also provides subsidies for selected drugs including insulin and diabetes medication in public hospitals, specialist outpatient clinics and polyclinics, which patients can request for.

In addition, under MOH’s Chronic Disease Management Programme – which covers more than 20 chronic diseases including diabetes – those with complex chronic conditions can use up to SGD700 of their MediSave yearly, while other patients can use up to SGD500 each year for treatments.

However, patients have to co-pay 15 per cent of their bill in cash for each claim.

MediSave can also be used to pay for lancets and test strips for those who require insulin injections.

While these can help to manage the cost of diabetes-related treatments, Associate Professor Wee Hwee Lin from the Saw Swee Hock School of Public Health said some people may not be able to meet the basic healthcare sum at age 55, which could result in less funds going to their Central Provident Fund (CPF) retirement account.

“Children may be tempted to use their MediSave savings for their parents as they feel that these are money locked up,” she said.

“However, there will be downstream impact on their future healthcare and retirement needs.”

According to a study she co-authored and published in public health journal BMC Health in 2016, every working-age diabetic in Singapore was estimated to have spent SGD7,678 to treat the disease in 2010.

The study also predicted that the total economic costs for each working-age patient could increase by almost 40 per cent to more than SGD10,000 in 2050.

“Everyone will be impacted by the rising medical cost in several ways,” said Associate Profrofessor Wee. “Taxpayers will have to pay more in taxes, this refers to all of us who pay income tax, GST.

Besides higher medical costs, those living with diabetes may also face indirect costs such as productivity losses. Such was the case for Tony Ng, who was forced to quit his job in 2019 due to diabetic complications.

The former supervising hotel chef developed Charcot foot – a complication that weakens the bones in the foot – as well as foot ulcers in 2012. This made it impossible for him to wear safety boots, which were a mandatory requirement at his workplace.

As a result, he was placed on no-pay leave for two years, before he finally decided to quit.

The loss of income took a financial toll on the 59-year-old, who used to draw a salary of around SGD3,000 a month.

To cope with his expenses, which include less than SGD100 a month on diabetes-related expenditure, he started intermittent fasting.

“In the beginning … I felt like I was bleeding (money) because I was tapping on my CPF Ordinary Account because I had no income,” he said, adding that he used up a sizeable amount of his CPF savings.

“So I would take just one meal a day because anyway, I wasn’t working so I wasn’t using a lot of energy during the whole day.”