THE WASHINGTON POST – It’s only the first quarter of the year, and already there are plenty of great games released this year that are in the conversation for game of the year. Elden Ring, undeniably, is one of those games. On the other side of the spectrum, so is Wordle, the success of which has spawned dozens of spin offs.

We’ll keep this list updated as the year goes on. We’ve heard promising word-of-mouth buzz for games like NORCO and Tunic, but simply haven’t yet had a chance to play those titles.

Further still, some of the games listed here now might lose their spots, as other, more compelling candidates rise to claim the GOTY mantle.

Across Xbox, PlayStation, Nintendo Switch and PC, here are the games you should be playing now.

“If you’re a fan of the Souls games, you’ve likely already made the decision to play Elden Ring, the new From Software game co-written by Dark Souls creator Hidetaka Miyazaki and Game of Thrones creator George RR Martin,” wrote Gene Park in The Washington Post’s review of the game. “For everyone else, this is still a hard game to skip.”

The game features a story that’s enticingly cryptic, demanding players piece it together. It’s a comedy game where the difficulty turns players into the punchline – and that’s a good thing.

It’s also one of the easiest Souls-like games to get into, a feat for a genre known for its punishing difficulty. We’re not even halfway into the year, but Elden Ring is practically a shoo-in for any final game of the year list. 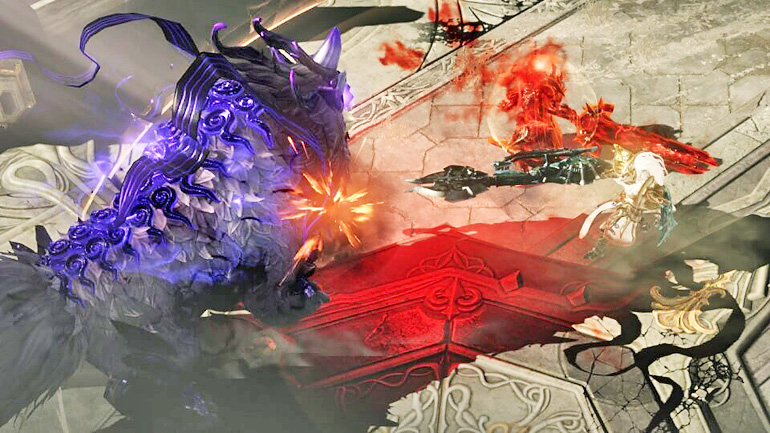 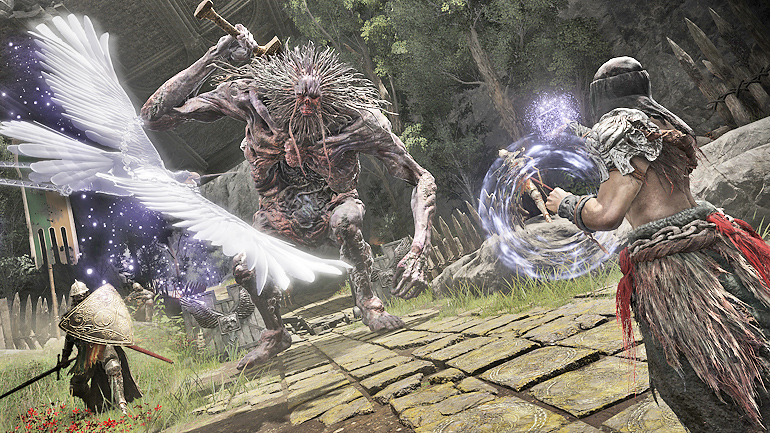 Wordle, a free online word game, technically released in 2021, but it truly exploded in popularity in 2022 and was purchased in January by the New York Times for an undisclosed seven-figure sum. Now, it boasts “millions” of daily players, according to the Times. Players get six tries to figure out a five-letter word – one that’s supposed to be part of a common vocabulary – and that’s basically it. There’s only one puzzle to solve every day.

It’s easy to understand how the game has travelled so far. The game is accessible from any web browser, and people have enjoyed sharing their results on social media, demonstrating their word-savviness. The game has also inspired numerous spin offs, extending the game’s legacy far beyond its five-by-six grid.

Available on: PC, mobile via browser

For decades, the Pokémon Company has been trying to replicate the full glory of bug catching, a huge inspiration for its titular series, and for decades it has been stunted by RPG tropes, hardware limitations and a repetitive, uninspired design philosophy. Enter Arceus, a game that proves that even a series as bread-and-butter as Pokémon can wildly evolve its formula. Gone are the tropes of the previous mainline games, replaced with an open world set in the ancient past, heavily based on feudal Japan. The typical “battle to weaken, then catch” format has been replaced with a mechanic encouraging players to sneak in and toss balls third-person-shooter style. Best of all, Pokémon of all rarities spawn right in front of you.

Arceus is a desperately needed Pokémon formula shake-up. It’s a game that, like Breath of the Wild, inspires you to search its world for more secrets and more mysteries.

Exploration is revamped with protagonist Aloy’s new arsenal of gadgets, letting her glide across valleys and swim through sunken cities. The weapons, the map, the enemies – everything feels scaled up. The writing and characters are captivating, particularly Aloy’s new crew, a mix of new faces and allies from the first game. Though the plot goes a bit off the rails, leaning more into science fiction this time around, Guerrilla Games’ masterful world-building comes together in an endearing tale of hope and human tenacity – no easy feat in a series with such a bleak premise.

“Tiny Tina’s Wonderlands is the closest any game developer has come to re-creating Dungeons & Dragons (D&D),” wrote Michael Czar in The Washington Post’s review of the game.

“There are plenty of games that share similar combat mechanics to D&D,” Czar wrote. “But what Wonderlands focusses on – and nails – is the feeling of actually sitting around a table playing D&D: moments of chaos when a dungeon master has mere seconds to improvise a way forward for their players; times when teams throw a good plan out the window, but it all works out in the end; the fiery arguments that might overtake a group of friends just trying to have fun; the feeling of knowing what jokes will land with your dungeon master and which ones won’t. That’s what makes Wonderlands a true D&D game.”

Lost Ark, a South Korean Massively Multiplayer Online Role-Playing Game (MMORPG) published in North America, Europe and other regions by Amazon Games, has consistently stayed atop active player count rankings on the PC games store Steam. It’s logged over 20 million registered accounts. From the start of the game, it grabs players by throwing them into combat with flashy, eye-catching skills and stunning graphics. Players have remarked that they felt like they were getting a great amount of value for a free-to-play title. The punishing endgame where teams must band together to take down challenging bosses isn’t for everyone, but the community that has stuck around seems pretty loyal.

In a year headlined by Elden Ring, it’s hard to recommend Rainbow Six Extraction as a game of the year contender with a straight face. And yet, here we are.

Extraction, a co-op player versus everything first-person shooter, is a rare breed of game that gets in, does what it sets out to do, and gets out. There is a limited number of missions, and each challenges you to cooperate with your teammates and use your full tool kit smartly to overcome cleverly designed shooting puzzles arrayed semi-randomly around the levels.

Better still, these missions get genuinely challenging as you level up, and your mistakes have dire consequences for your capacity to progress. In that way (and I’m surprised that I’m even writing this) Extraction sort of resembles Elden Ring, if you squint a bit.