THE WASHINGTON POST – After another year of uncertainty and doubt, it can be hard to hold on to hope in tough times. But not all stories, even those marred by sorrow, must end in misery. Here are books to spark a bit of joy – or offer comfort – when you need it most.

Marcellus McSquiddles is a grumpy giant octopus who has a soft spot for Tova, a 70-year-old night cleaner at his aquarium in Washington state. Tova’s teenage son went missing over three decades ago, but her clever new friend is intent on uncovering what happened on the night of the disappearance – even if it takes all eight of his arms. Meanwhile, 30-year-old Cameron lands a job at the aquarium while searching for his father. As their stories intersect, Van Pelt’s debut turns into a heartwarming tale that brims with hope.

‘FUNNY YOU SHOULD ASK’
BY ELISSA SUSSMAN

Twenty-six-year-old reporter Chani Horowitz gets the assignment of a lifetime: profile movie star Gabe Parker, her longtime celebrity crush. Their weekend together stirs rumours of a whirlwind romance, and her subsequent article propels her writing career. Ten years later, they reunite for a follow-up interview, with the chance for something more to blossom. This charming romance is perfect for fans of People We Meet on Vacation.

‘THE FORTUNES OF JADED WOMEN’
BY CAROLYN HUYNH

A vengeful mother-in-law once cursed the Duong family to never find love or happiness, and to only give birth to daughters. In modern-day Orange County, California, Mai turns to her trusted psychic and receives an earth-shattering prophecy: Her family will experience a marriage, a funeral and the birth of a son this year. The news brings together more than 14 estranged mothers and daughters for an entertaining array of gossip, bickering, matchmaking and all-around hilarity. 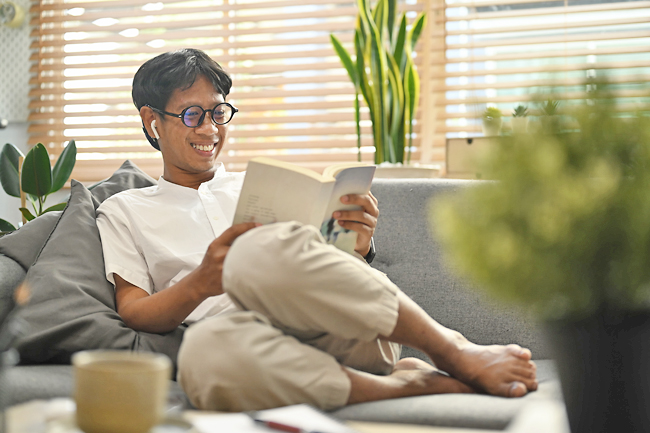 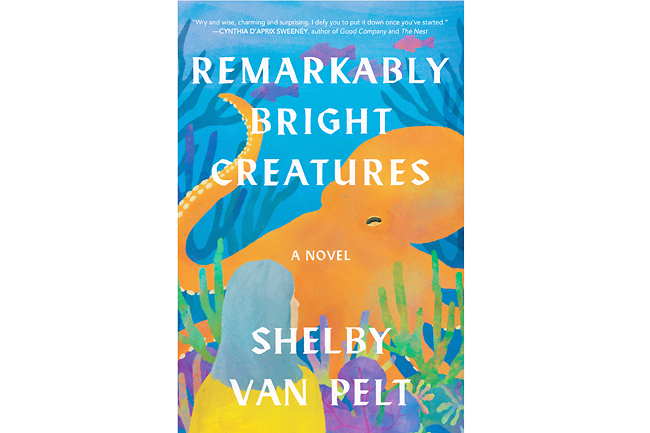 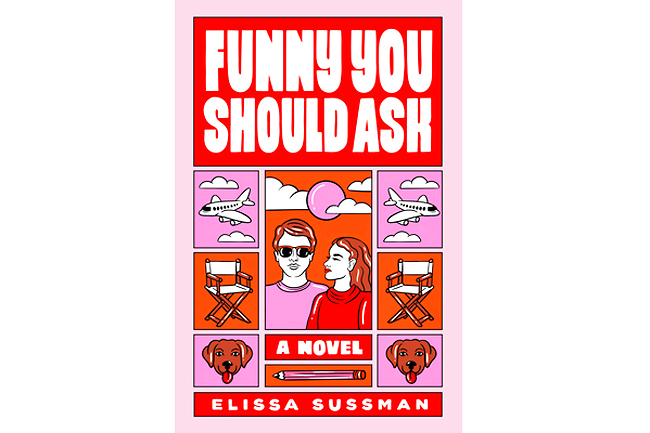 Gay examined the cornerstones of delight, then gratitude – and now joy. In this essay collection, the award-winning poet and author considers those tender moments when we support one another. He writes about pickup basketball and skateboarding in public spaces, and tending to the tomatoes and zucchini that grow in August. But joy is not merely a state – it can become a path to heal, as Gay emphasises while caring for his dying father and eventually grieving the loss.

‘OTHER BIRDS’ BY SARAH ADDISON ALLEN

When her mom dies, 18-year-old Zoey leaves Tulsa to claim her inheritance: an apartment on Mallow Island, off the coast of South Carolina. There, she meets the strange but endearing residents of the Dellawisp, a condo building named after the loud and tiny birds that inhabit the island. But when one of their own dies, those in the group of oddballs are forced to come together and confront their own ghosts. Beautifully woven with magical realism, Other Birds is an uplifting novel on friendship and coping with loss.

In her memoir, the actress shares behind-the-scenes stories about celebrities and the Saturday Night Live set, where she was a cast member from 1995 to 2001. In more sombre moments, she also recounts a car crash that killed her mother, sister and cousin and transformed her life when she was four years old. Shannon doesn’t shy away from her pain, instead finding resilience in this brilliantly heartfelt, funny and ultimately joyful book.

‘EVERY SUMMER AFTER’
BY CARLEY FORTUNE

As a teenager, Persephone “Percy” Fraser spends six summers at Barry’s Bay in Ontario, where she is inseparable from her childhood best friend and eventual first love, Sam Florek – until a big misunderstanding leads to an even bigger fallout. Now she’s back in town for the funeral of Sam’s mother, and their connection is still undeniable to anyone who hears their sparkling, witty banter. But Percy’s mistake from years ago threatens to thwart their reconciliation.

‘WE ARE THE LIGHT’ BY MATTHEW QUICK

The newest novel from the author of The Silver Linings Playbooy delivers a tale about perseverance and healing after trauma. Lucas Goodgame survives a movie theatre shooting that kills his wife, Darcy, and scars his suburb of Majestic, Pennsylvania. Now the revered local hero swears he sees Darcy every night as an angel. But when he discovers a teenager living in his yard, an unlikely friendship forms as they help each other process their grief and move forward.

Emma Starling returns to New Hampshire to care for her father, who has a degenerative brain disease and hallucinates animals and the ghost of a deceased naturalist. Her father also refuses to stop searching for her high school friend, a drug addict who went missing, and Emma soon finds herself roped into his efforts. As their town struggles with an opioid crisis, the Starlings similarly find themselves a little lost and broken. Unlikely Animals, narrated by ghosts who watch from the local cemetery, is a magical, soul-stirring read about family and the ways we put ourselves back together.

‘I’LL SHOW MYSELF OUT’ BY JESSI KLEIN

The Emmy-winning comedy writer muses on middle age and being a mother in her second essay collection. She takes on the frustrations and expectations of motherhood – what she calls the “hero’s journey” – with her usual wit and snark, celebrating her triumphs and reflecting on mishaps. But she also explores the realities of marriage and aging, including hair loss and learning to love her body. Poignant and brutally honest, I’ll Show Myself Out will make you laugh out loud.

‘THE PATRON SAINT OF SECOND
CHANCES’ BY CHRISTINE SIMON

Signor Speranza needs to come up with EUR70,000 or the government will shut off the water to his small Italian village. As the self-appointed mayor, Speranza decides a little lie or two couldn’t hurt if it increases tourism. So, he spreads a rumour that a famous actor will be filming his next movie in town. But when everybody wants a role, and even the local butcher donates to the project, the only way to raise more money may be to actually make the film.

Lila Macapagal senses something is off when her long-lost cousin, Ronnie, returns to their Illinois town after 15 years and buys the old farm. But with the holidays approaching, she focusses on running the Brew-ha Cafe and preparing for the winter bash. That is, until Ronnie is suspected of murder and his mother is blackmailed over the secrets from his time away. For her family’s sake, Lila and her friends must find the culprit before it’s too late.

Blackmail and Bibingka, the third book in the Tita Rosie’s Kitchen Mystery series, is the perfect cozy and lighthearted mystery.

‘JOAN IS OKAY’ BY WEIKE WANG

The daughter of Chinese immigrants, Joan is a no-nonsense Harvard-educated doctor in New York – and she loves being a cog in the machine. But when her father dies, her mother flies back to the United States to be with her and her brother, Fang. Forced to reckon with her life outside of work, Joan wrestles with her cultural identity and her family’s expectations for her happiness, especially as the coronavirus pandemic begins. This thoughtful, humorous novel is a reminder that fulfillment comes in all forms.

Zaleski’s mother dreamed of opening a sanctuary for hundreds of animals. So when she dies, Zaleski dedicated herself to the mission, eventually founding the Funny Farm Animal Rescue on a 15-acre plot of land in New Jersey. In this memoir, she intersperses the tale of her mother’s bravery and relentless work ethic to escape Zaleski’s abusive father, with adventures alongside the critters on the farm. Even in its darkest moments, Funny Farm shines with optimism and adoration for our animal friends.