The 2000 drama, starring Leonardo DiCaprio, drew criticism for the impact of the shoot on the pristine sands of the bay, located on the island of Ko Phi Phi Ley in southern Thailand.

Filmmakers planted dozens of coconut trees to give a more “tropical” feel to the glimmering Maya Bay and were also accused of ripping up vegetation growing on sand dunes.

However, United States (US) production studio 20th Century Fox insisted it left the beach exactly how it had found it and had removed tonnes of rubbish.

Yesterday, the Supreme Court in Bangkok upheld a previous ruling by a Civil Court that the Royal Forest Department was liable for rehabilitating Maya Bay.

In a final ruling, the Supreme Court ordered the department to set up a committee to formulate a rehabilitation plan within 30 days. 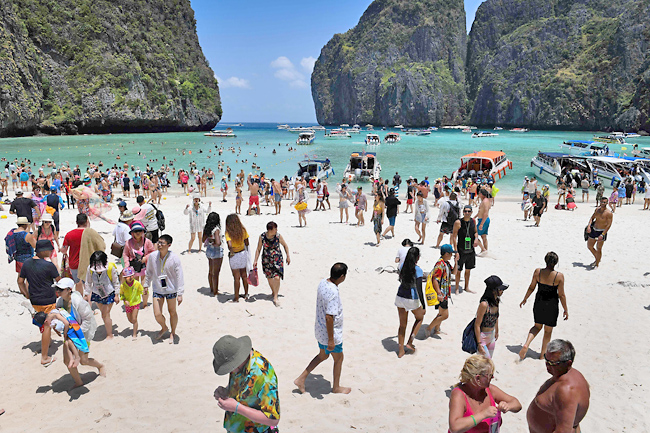