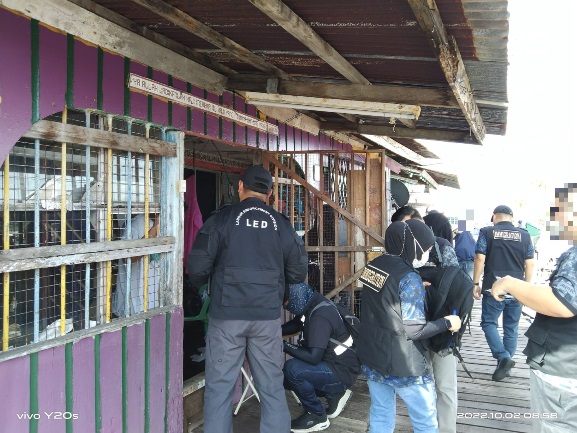 Six individuals were detained and drugs confiscated during a joint operation at Kampong Sungai Kebun recently. Another four suspects were detained for possessing restricted items.

A total of 35 houses and three shops were inspected during the October 2 operation. The inspection uncovered no labour offences under the Employment Order 2009.