With his story titled Love, Muhammad Daniyal Mateen bin Awang Adris from Sultan Haji Hassanal Bolkiah Arabic School stole the show in the Mari Bercerita 2022 storytelling competition yesterday, emerging the winner in the English Language category with a score of 92 per cent.

In an interview, the nine-year-old expressed excitement at winning his first storytelling competition.

“I am happy and surprised to be able to be the winner today,” he said. “The idea actually came about when I discovered that I could speak with an accent. My teacher then came up with the idea of making a Hindustan love story.”

Despite Muhammad Daniyal Mateen not having watched many Bollywood movies, he danced and moved like famed lead actors in those films.

In preparation of the competition, he said, “I had been practicing for the past few weeks even during exams. I bought the costumes, while the hat was made by my teachers. I would like to thank Norsam @ Nurul Aliyah binti Haji Serudin, Noraina binti Osman, Rahimah binti Haji Abdul Rahman and Zuhairah Ainee binti Haji Ahmad.

“I promised my mum that if I win I need to send the quote, ‘Do the hard work, especially when you don’t feel like it’,” he shared. 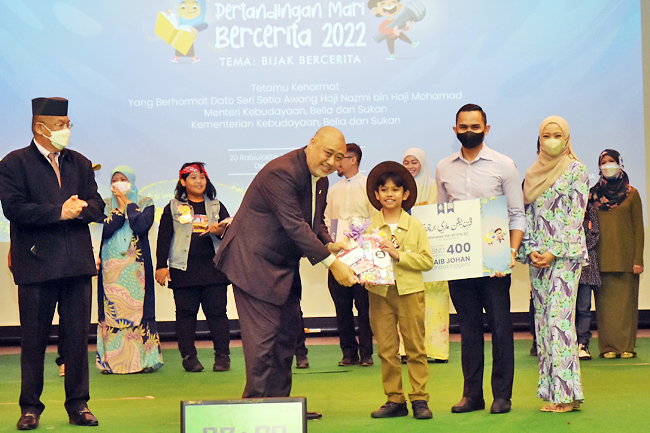 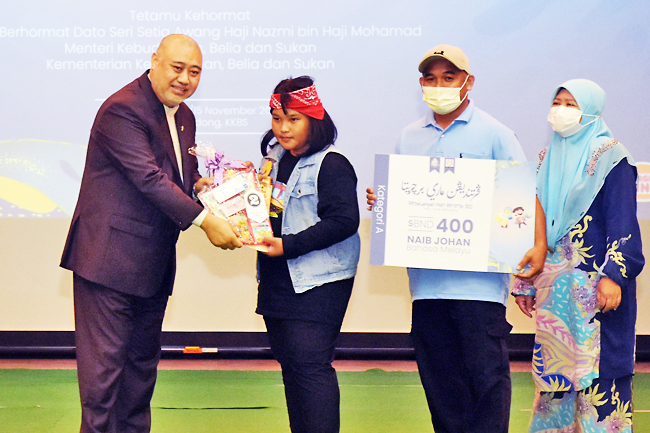 Muhammad Daniyal Mateen hopes to join more competitions in the near future.

“I feel very honoured and blessed to be able to win this competition,” said Syed Harith. “I prepared for the competition for a month with the teachers. This is my first competition. I would like to thank all teachers who have been very supportive.”

The second place for the English Language category went to 11-year-old Muhammad Na’emuddin Khan bin Alif Khan from Tinkerbell Learning School with his story The Missing Piece. He had a score of 80 per cent while YSHHB Primary School’s Bushraa Fatihah binti Haji Azman placed third with her story The Selfish Pangolin had a score of 79.5 per cent.

Organised by the Language and Literature Bureau, the competition is one of the strategies of the bureau to produce and create a community, especially among the young generation, that are knowledgeable, visionary and progressive in the development of the nation, religion and country.

Eight out of 71 participants clinched a spot in the final of the competition.

The competition’s aim is to foster the spirit of reading among children. Creating stories is a source of inspiration, imagination, initiative and creativity. It is also hoped that the competition can help train children to speak with confidence before an audience and to deliver their stories smoothly.