A 18-year-old local man was detained on Thursday by police personnel after contraband was found in his vehicle during a roadblock operation conducted by Traffic Control and Investigation Department under the Royal Brunei Police Force (RBPF) at the main Mentiri road heading to Sungai Akar.

According to the RBPF, the suspect stopped for inspection when police found suspicious boxes (RBPF, pic right) at the front and rear seats as well as bonnet and found 504 cans and 120 bottles of alcohol including 35 bottles of wine, 51 packets of cigarettes and two units of e-cigarette inside the boxes. 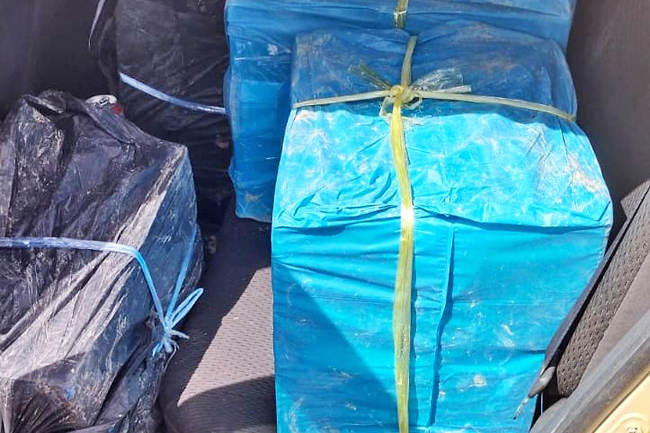