Sounds of the 21-cannon salute echoed the festive air accompanied by the beating of hadrah to mark the opening of the Grand Parade for the 76th birthday celebration of His Majesty Sultan Haji Hassanal Bolkiah Mu’izzaddin Waddaulah ibni Al-Marhum Sultan Haji Omar ‘Ali Saifuddien Sa’adul Khairi Waddien, Sultan and Yang Di-Pertuan of Brunei Darussalam, in the capital yesterday.

Showcasing their gratitude and extending birthday greetings for His Majesty, citizens and residents of the Sultanate including foreign nationals converged at the Taman Haji Sir Muda Omar ‘Ali Saifuddien to experience the ambience of the annual Grand Parade.

Main streets leading to the Taman were filled with hundreds of exuberant primary and secondary students waving mini national flags to welcome the arrival of His Majesty.

Upon arrival, His Majesty received a royal salute. 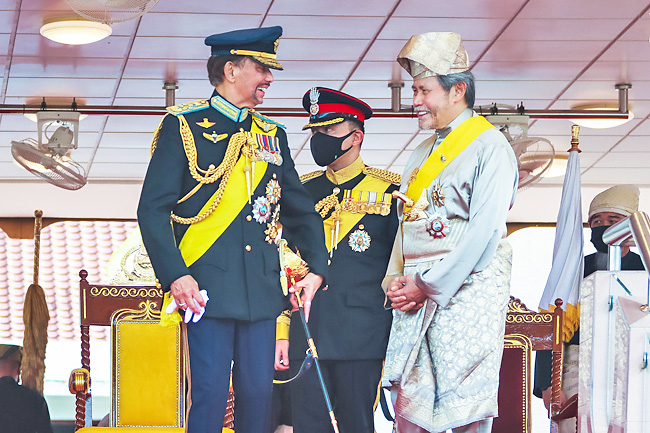 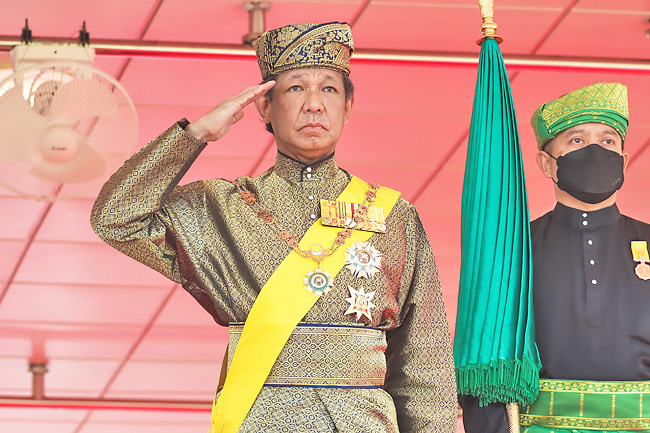 The arrival of His Majesty was greeted with a 21-cannon salute fired near the Taman by the Royal Brunei Armed Forces (RBAF) Military Police personnel, followed by the singing of the national anthem.

The Grand Parade was also participated by officers and staff representing government departments and uniformed civilian organisations including the Royal Customs and Excise Department, Prisons Department, the Immigration and National Registration Department, and the Fire and Rescue Department.

The parade and march-past before the royal dais was led by 685 Lieutenant Colonel Fakrul Ammar bin Haji Mohammad Isa.

Three shouts of Daulat Kebawah Duli Tuan Patik echoed the air at the Taman, as a pledge of undivided loyalty, devotion and happiness on the joyous occasion of His Majesty’s 76th birthday celebration.

The highlight of the Grand Parade was a colourful fly-past over the Taman by a fleet of aircraft from the RBAirF which concluded the events.

The celebration marked the commencement of a month-long festivities of His Majesty’s 76th birthday including the annual get-together ceremony where His Majesty and other members of the royal family meet the public from each district.