DAMASCUS (AFP) – Syrian student Ziad al-Ezz can no longer get to university as severe fuel shortages cripple the capital Damascus, pushing residents to seek alternatives for heating and shuttering businesses.

With the country’s economy battered by more than a decade of war, authorities have announced four fuel price hikes since the start of the year as well as rationing of petrol and fuel oil supplies.

“Our struggle for fuel starts at home and doesn’t end” in the classroom, said Ezz, 20, who studies literature at the University of Damascus.

“At home it’s extremely cold without heating, and on the street it’s not easy to find transport.”

In a city where winter can be bitterly cold, the price of heating fuel has gone through the roof, so his mother has told him to make do with piling on layers of covers for warmth.

Ezz works part time doing food deliveries by bicycle, but the trip to university is too far to pedal, while rare public buses are packed and taxis are too expensive, he said. 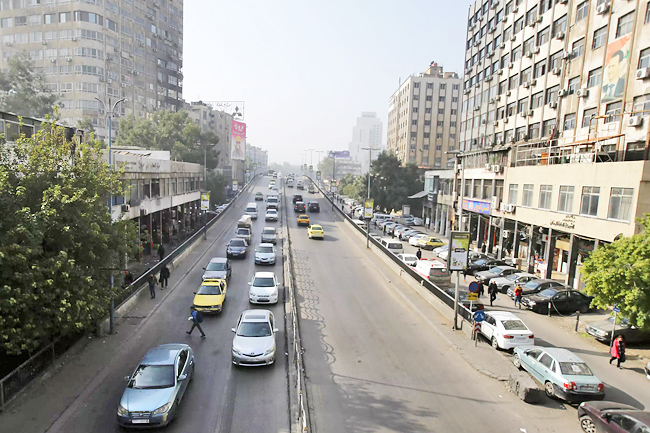 Universities have dropped classes to three days a week due to the fuel crisis.

“People are only thinking about how to stay warm over winter,” said Ezz.

“How can I even think of university and studying in this situation?”

Some people have opted for burning pistachio shells or the remains of pressed olives to keep warm.

Peak-hour traffic jams in the capital are now almost non-existent, with many motorists leaving their cars at home except in case of emergency.

Taxi drivers used to be able to buy fuel at subsidised rates once a week, but now that has dropped to once a month, pushing many to the black market for fuel supplies and ramping up taxi fares.

Black market fuel used to cost around USD1 per litre but prices doubled this winter, in a country where civil servants earn on average USD21 a month.

Prime Minister Hussein Arnous told reporters on Thursday the government was forced to hike official fuel prices to prevent key services including transport, hospitals and bakeries from grinding to a halt.

Zahrawi said he no longer cruises the streets of Damascus, but waits for people to phone him for fares.

“Before, we used to look for clients, but now they’re seeking us out,” the 39-year-old said.

Syria’s civil war has killed nearly half a million people since it began in 2011, fragmenting the country and ravaging its economy and infrastructure.

Ninety per cent of the population now live below the poverty line and 12.4 million people are food insecure, according to the United Nations.

Some call centres of the country’s main telecommunications companies were temporarily out of service earlier in December after running out of generator fuel.

Head of the bakers’ association Bassam Qalaaji told a local radio station last week that half of the capital’s private bakeries had stopped work due to the shortages.

Abu Mohammed, 25, said he had resorted to firewood to keep his Damascus bakery going.

“The crisis has been going on for months, but I never expected that one day I would not be able to find a single litre of fuel oil,” he said.

He said he’d also reduced the size of his traditional pizza-style bread – usually served with olive oil and thyme or cheese – instead of raising prices.

The nose-diving local currency hit a new record low this month of over SYP6,000 against the dollar on the black market, compared to 47 in 2011.

“It’s the longest and toughest crisis we have ever faced… and we have lived through a lot of others,” Abu Mohammed said.