Swiatek, seeking her eighth title of the year, advanced to her ninth WTA final of the season by defeating Pegula 4-6, 6-2, 6-2 after two hours and six minutes.

But the three-time Grand Slam champion will have to wait until Sunday to find out her opponent in the championship match.

In a rematch of this year’s French and US Open quarter-finals, Swiatek dropped the first set just before a lengthy rain delay that allowed the 21-year-old Polish star to regroup.

“I came back and I wanted to be really composed and not lose in those important moments,” Swiatek said.

Swiatek raced ahead 3-0 and broke again on a forehand winner in the eighth game to force a third set, which she also dominated, taking the victory with a break when Pegula netted a forehand.

Winner of a WTA-best 63 matches this year, Swiatek improved to 4-1 all-time against Pegula, having lost their first meeting in 2019 at Washington but wining this year at Miami and in the US and French Open quarter-finals. 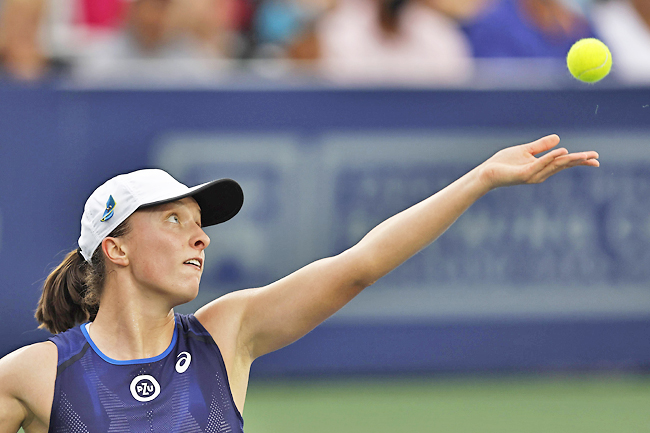