Swiatek swept past Alison Riske of the United States 6-0, 6-2 to reach the third round as only three of the top 10 women’s seeds survived the opening two rounds.

Swiatek, the 2020 champion in Paris, is on the best streak since Serena Williams’s 34-match winning run in 2013 and goes on to face Danka Kovinic of Montenegro for a place in the last 16.

Swiatek raced through the first set against 43rd-ranked Riske in just 21 minutes and was 3-0 up in the second before the American avoided a ‘double bagel’. 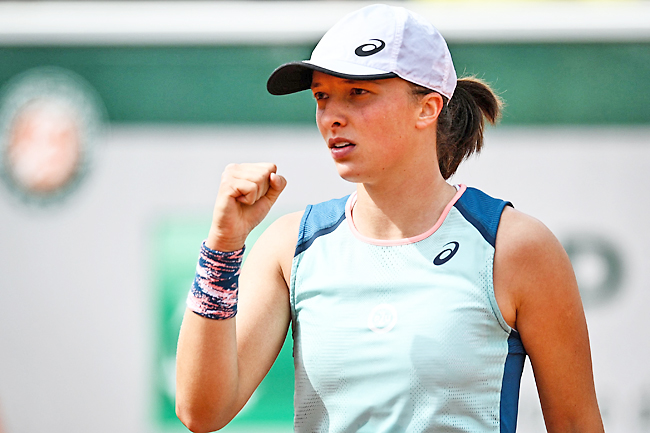 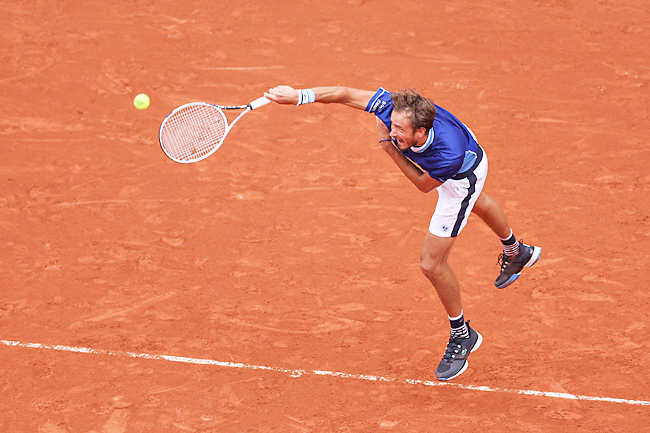 Fourth seed Tsitsipas needed another epic performance to reach the third round, beating world number 134 and qualifier Zdenek Kolar of the Czech Republic.

On Tuesday, Tsitsipas had to come back from two sets down to defeat Lorenzo Musetti in the first round. Kolar, 25, was playing in his maiden Grand Slam having tried and failed 16 times to qualify.

“He drove me crazy,” said Tsitsipas. “It was really frustrating because he got behind every ball.”

Jeanjean is the lowest-ranked woman to beat a top 10 player at Roland Garros in 34 years.

Considered a future star at 12, she saw her career abruptly halted by injuries, including a triple dislocation of the knee.

She then left to study in the United States, only returning to top-level tennis at the end of 2020.

“I wanted to come back so as not to regret anything. I think I made the right choice,” she said.

Pliskova has made the second week at Roland Garros just once in 11 visits. Jeanjean will next face Romania’s Irina-Camelia Begu who was fortunate not to be defaulted in her 6-7 (3/7), 6-3, 6-4 win over 30th seed Ekaterina Alexandrova.

Begu, in frustration, bounced a racquet into the crowd which then hit a child who burst into tears.

The supervisor was called but the 31-year-old escaped with a warning. “It was embarrassing and I apologise,” said Begu.

Spain’s Badosa, a quarter-finalist in 2021, recovered from a break down in the decider to set up a meeting with 29th seed Veronika Kudermetova.

New York-born Badosa has endured a mediocre clay court season with a semi-final run in Stuttgart but early exits at the elite events in Madrid and Rome. “That competitive streak that I had lost in recent weeks has come back,” she warned.

Halep admitted after the match that she had suffered a panic attack at the end of the first set. Sabalenka saw off Madison Brengle 6-1, 6-3.

Daniil Medvedev, the men’s second seed, had few problems in making the third round with a 6-3, 6-4, 6-3 win over Laslo Djere of Serbia.Medvedev, who made the quarter-finals in 2021, goes on to face another Serb in Miomir Kecmanovic, the 28th seed. Djere hit 39 winners on Thursday but was undone by 68 unforced errors.