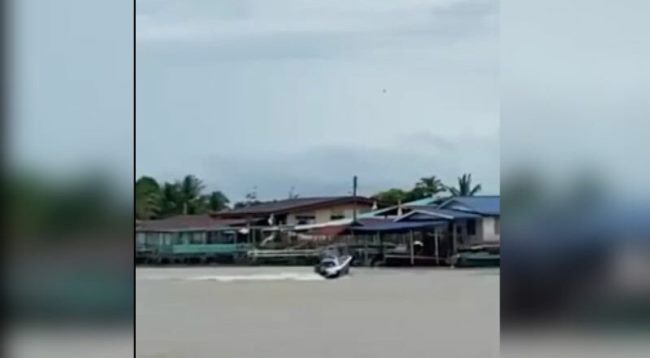 The incident caught on video went viral on social media.

According to a Malaysian report, the Marine Police personnel had chased a boat until it entered Limbang River. The boat, suspected belonging to a Bruneian, was seized on suspicion of violating laws of both countries.