The incident caught on video went viral on social media.

According to a Malaysian report, the Marine Police personnel had chased a boat until it entered Limbang River. The boat, suspected of belonging to a Bruneian, was seized on suspicion of violating laws of both countries.

He added, “We are conducting further investigations regarding the case, which had gone viral and grabbed the attention of the people in this district.”

The Limbang police chief shared that the operation by the Brunei Marine Police was an immediate action to maintain the safety and security of both countries.

He said cooperation between the police forces would continue, stressing that Limbang police will take strict action against those suspected of threatening national security. 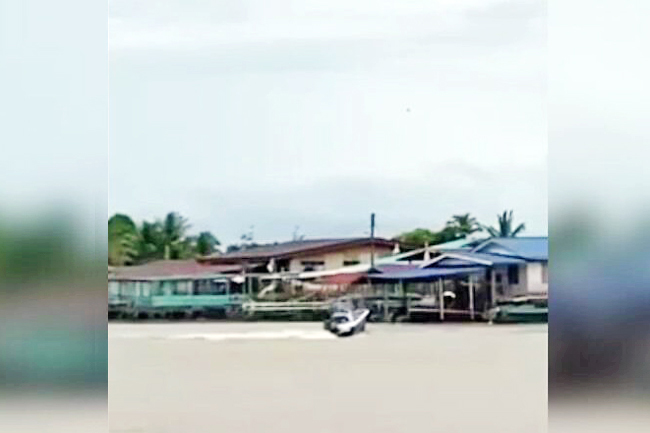