Qamarul Asnawi bin Haji Mohd Salleh was one of the 5,774 people that finished the Singapore Marathon held earlier this month.

It was the 34-year-old’s first time participating any marathon, a gruelling 42-kilometre race that tests both mental and physical fitness.

“I barely have any idea how it would be like,” he said in an interview with the Bulletin, adding that in the early stages he faced plenty of self-doubt, questioning whether or not he would be able to complete the race.

A muscle injury from playing football earlier in the year didn’t help either, which was still on his mind when he signed up.

Fully aware of his inexperience, he started to go about preparing for the race.

“Every week, I did a lot of training to increase endurance and strength,” he said. “I often went to the gym, while also monitoring my diet. We need to be disciplined and consistent when undergoing our training,” he said. 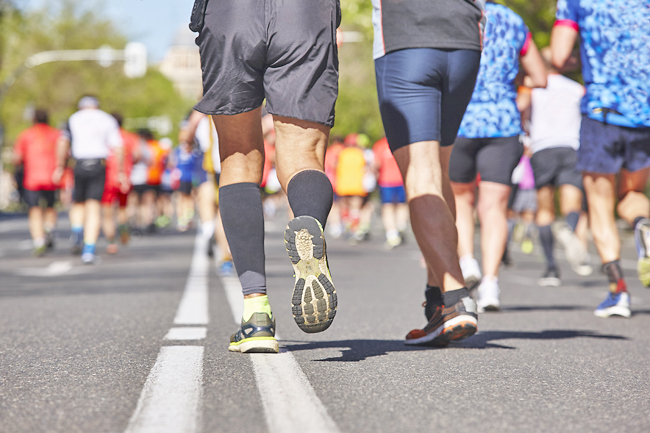 And he also ran a lot. “I did long runs to try and increase my running distance and to test how far I could run,” he said. He took his first long run in June, just after Hari Raya.

During these outings, he said his motivation was buoyed by the kindness of strangers.

“There were times when I was stopping for a quick rest while running on the road when some strangers would stop their vehicles and asked whether or not I needed a lift or any assistance,” he said.

“I smiled and kindly declined their offer, and told them I was training for a full marathon.”

Their support drove up his motivation. “They told me, ‘You can do it!’, ‘Let’s go bro!’ and ‘All the best’. Those words kept me moving and lifted my spirits,” he said, adding that encouragement was also plentiful from his friends and family.

To get an idea of what the marathon would be like on the day, he turned to videos and advice from others who had participated before.

“They advised me to try my best to complete the distance within the cut-off time and control my pace,” he said.

He also took on Eliud Kipchoge as a role model. The Tokyo 2022 Olympic Marathon gold medallist’ personal mantra, “No human is limited”, made a strong impression on him. He would watch many of his videos.

Qamarul Asnawi arrived in Singapore and collected his race kit on December 3. Over 20,000 participants were taking part in the full marathon. The race course began at the F1 pit near Singapore Flyer, and would pass along notable landmarks in the city-state, including the Singapore Sports Hub, Merlion Park, Gardens by the Bay and Marina Bay Sands.

On the marathon pledge wall, he wrote: ‘To Move More, Stay Strong and Be Happy’.

“My friend, an active runner, gave me advice on how to maximise performance on race day.

“He told me maximum carbon loading is very important so I ate a lot of pasta and fried mee the day before the race.

“On race day, my friend and I did our warm-ups and took some light nutrition early. We had a banana and one energy drink to help fuel ourselves. After all the preparation it was running time.

“The race started at 5.30am, after a one-hour delay due to thunderstorms and rain.

“Along the way, we saw a lot of people cheering and giving the runners encouragement. It helped to push us forward.

“Every kilometre that we passed was well marked so we always knew the distance covered.”

Near the end of the race, the first-timer marathon runner started to feel the weight of the challenge.

“My legs and body started to feel very painful and sore. But I saw there were only a few kilometres left.

“So I pushed as hard as I could and managed to pass the finish line,” he said.

Qamarul Asnawi finished the Singapore Marathon in five hours, 57 minutes and 54 seconds, inside the time limit of seven hours.

And despite the aches and pains, when he collected his medal, he felt euphoric.

“The feeling of accomplishment was something else. Never in my life did I believed I could run a full marathon. But I guess if you don’t try you won’t know,” he said.

“I am very grateful I managed to complete the race. For me, it was a big achievement.

“It was an unbelievable mental and physical effort and I am proud that I did not give up,” he added.

Qamarul Asnawi reflected on his achievement. “The medal is more than just a memento of the race. It is the proof of hard work, dedication and discipline along with sweat and struggle. It is a story of what we have done to achieve it,” he said.

“I hope I can inspire people with my story and I hope more people from Brunei will join this race.

“I would like to thank the people of Brunei and Singapore for their great support throughout this journey,” he said.