Surfer helps families honour loved ones with ‘one last wave’

NEWPORT (AP) – Surfing is no longer a solitary pursuit for Dan Fischer. When he catches a wave along the shores of Rhode Island, he looks down at a surfboard covered with the names of people who have died, but who shared his love of the ocean.

His father’s name is the guiding light at the top.

“It’s a very different experience for me than it used to be, when it was just me and the board,” he said this month after surfing in Newport. “Now it’s sort of me and all these individuals. I feel a commitment to helping their families and honoring them every time I go out.”

Fischer, 42, created the One Last Wave Project in January to use the healing power of the ocean to help families coping with a loss, like he was. He etches their loved one’s name onto one of his surfboards and takes them out into the ocean, in spirit anyway, for “one last wave,” as a way to memorialise them in a place that was meaningful to them.

Many died of cancer. Ashley Sexton, of Cincinnati, contacted Fischer after she saw a post on social media about the project because her daughter loved the ocean so much that she begged her family to move to Florida. Kinley died in 2019 at age six of a highly aggressive brain tumour. 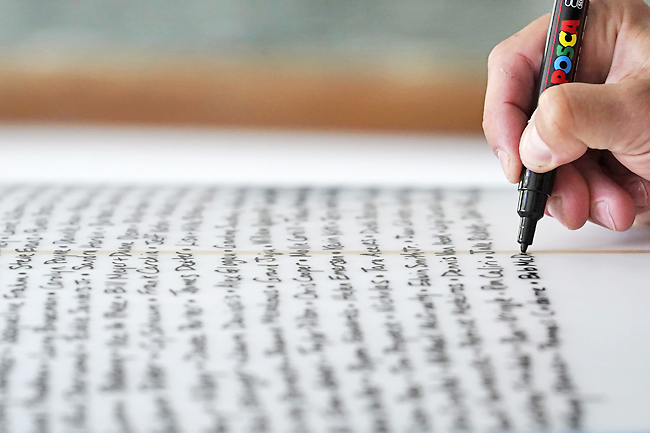 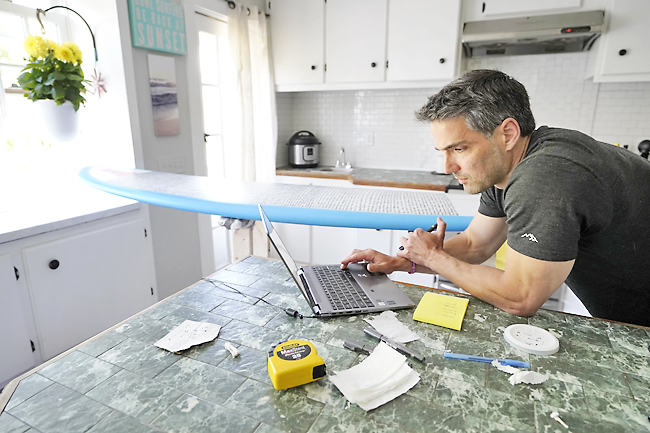 Fischer added Kinley’s name to the third board just before Memorial Day and planned to take her surfing with him over the holiday weekend. Sexton said the timing was so perfect that Kinley must have had a hand in it. The third anniversary of her death is Tuesday.

“It means the world to us and I know she would just think that it’s the greatest thing ever. The beach was her spot. That’s where she was meant to be,” said Sexton.

Fischer continues to accept names through email and social media. He plans to keep making surfboards for as long as it resonates and helps people.

Fischer’s father, Karl, grew up in Hungary and became a successful architect in Montreal and New York. He died in March 2019 at his farm in Montgomery, Vermont, after an eight-year battle with pancreatic cancer. He was 70.

A few months later, Fischer’s dog, Rudy, whom he got as a five-week-old puppy, died of cancer at 15. Fischer felt lost and isolated as he grieved during the pandemic. He was living in Newport and working from home for a firm that helps students get into top MBA programmes.

On January 4, Fischer wrote his father’s name on a sticker and affixed it to his surfboard before he went surfing. They shared a love of the ocean and of adventure, climbing Mount Kilimanjaro and paragliding in Alaska together, playing on the same hockey team, and cycling up Alpe d’Huez, one of the iconic climbs of the Tour de France.

“Having him out there on one last adventure finally made me feel connected to him again in a positive way, not through pain,” Fischer said. “It was at the peak of COVID, there was so much isolation. I thought people may be feeling the same way I was.”

Fischer made an emotional video on the beach. He shared it on social media, offering to etch other names onto his board as a way to connect and honour the people they had lost. He was inundated with names and stories.

Jonah Raisner learned how to surf after his father’s death in 2009 because his father loved surfing. Adam Raisner, of Newton, Massachusetts, died of an aneurysm at age 43, when Jonah was only seven.

The 19-year-old college student met up with Fischer at the beach in Newport on May 17, Adam Raisner’s birthday.

Jonah Raisner took the board with his father’s name on it and Fischer took the other board.

It was the first time anyone other than Fischer had used one of the boards. They paddled away from shore together.

“I thought it was going to be more of a photo op to commemorate my dad. But once I was out there, reading all those names, it really felt like not only just my dad, but everyone else was out there surfing with me,” Raisner said.

“It felt real. I definitely felt his presence.”

Raisner said he thinks One Last Wave is helping many people find closure.

“Dan’s board’s are very special,” Raisner said. “I’m so thankful that I got to bring my dad out into the water. I felt like I really made my dad proud that we did this for him. I felt like we made him happy and gave him a good birthday.”