His Majesty began the visit by arriving in Medicina Lines on board a helicopter and was greeted by Commander of the British Forces Brunei (BFB) Lieutenant Colonel Andrew Todd.

The monarch then made his way to the Tuker Lines, the headquarters of BFB, where His Majesty was welcomed by honour guards before signing a guest book and getting an update on BFB’s operations.

After visiting the Tuker Lines, His Majesty headed to an open field where the monarch met soldiers and officers in different booths.

At the booths, His Majesty was briefed on the roles played by various departments and introduced to some soldiers and their families.

His Majesty was welcomed by medical officer Lieutenant Colonel Christopher Trow and was briefed on its role as a support for BFB.

The monarch then met students from Hornbill School, the base’s educational institution.

His Majesty was welcomed to the school’s booth by Head Teacher Craig Gill.

Gill, while speaking to the Bulletin, said, “It’s an absolute pleasure to meet His Majesty and it was as equally fantastic for the children to meet someone so important.”

He expressed hope that the monarch’s visit will leave the students full of pride and joy.

His Majesty concluded the visit by heading to the Medicina Lines to board a helicopter to depart the area. 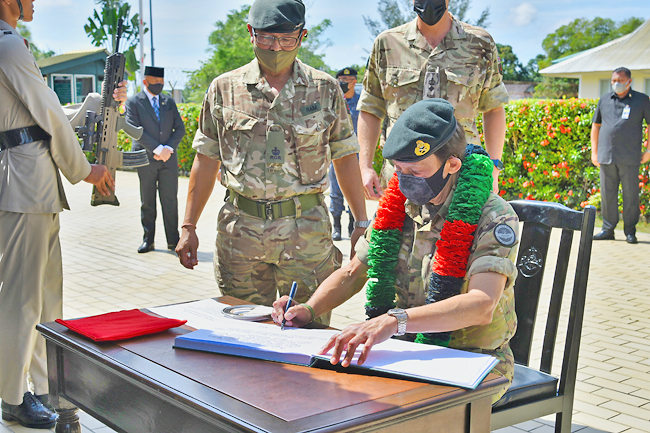 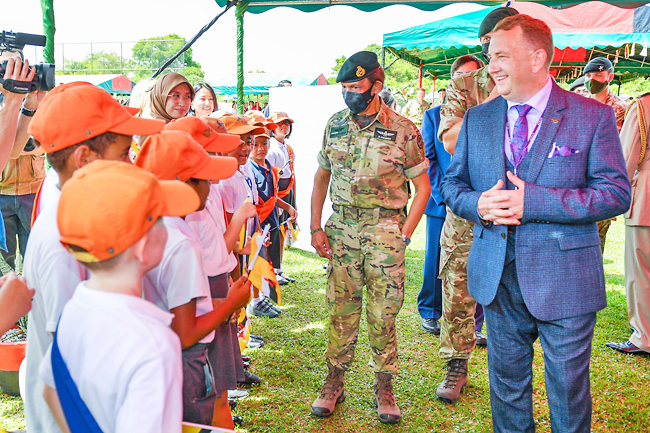 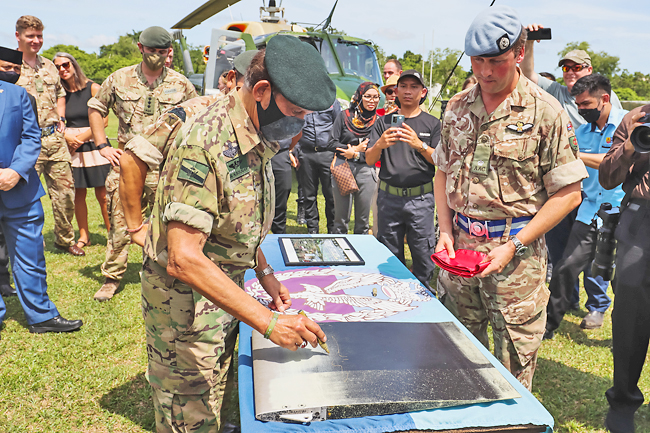 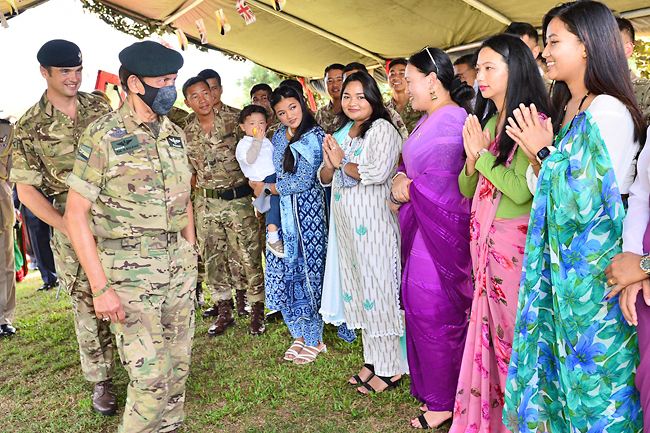 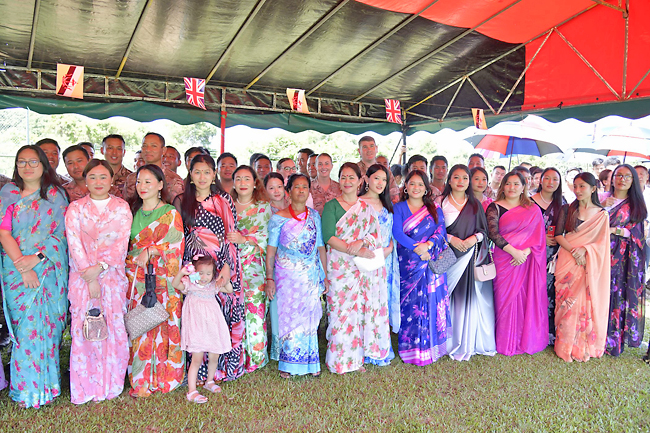