PARIS (AFP) – The progression of certain types of breast cancers can be slowed by identifying a particular genetic mutation and then quickly adapting treatment, a first-of-its-kind study showed on Friday.

Breast cancer tumour cells change over time, and sometimes cause mutations that are resistant to the drugs the patients are taking.

For the new study, which was published in the journal Lancet Oncology, the French-led researchers targetted a mutation in the blood called bESR1mut.

To identify the mutation, the researchers used a promising, relatively new technique called a liquid biopsy.

It is able to analyse the contents of tumours without needing a sample of breast tissue, which is normally obtained via a far more invasive traditional biopsy. In this case, the researchers used the liquid biopsy to sample the blood of advanced breast cancer patients to see if they could spot the bESR1mut mutation. 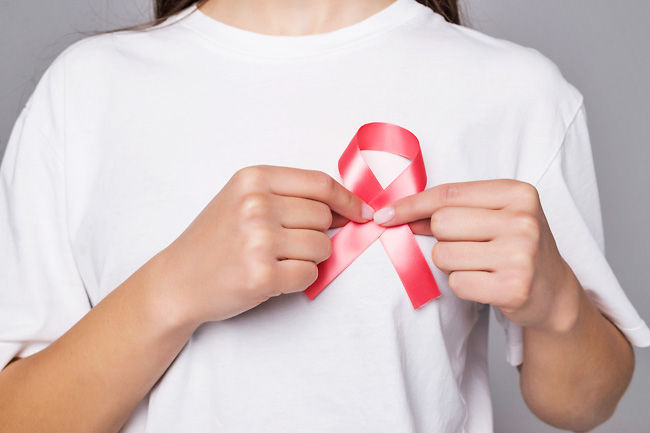 Out of more than a thousand breast cancer patients across 83 hospitals in France, the researchers found that around a quarter had seen bESR1mut increase in their blood.

Around 170 of those patients were split into two groups.

One group continued with their current treatment, while the other was switched to a regime that included fulvestrant, a hormone drug which previous research suggested could target mutations like bESR1mut.

The cancer in the patients taking fulvestrant stopped or progressed more slowly by a matter of several months compared to the control group, the study found.

The researchers said it was “the first prospective randomised trial showing that the early therapeutic targetting of bESR1mut results in significant clinical benefit”.

Looking beyond bESR1mut, they said this technique – using a liquid biopsy to find a mutation, then rapidly changing medication – could serve as model for future treatment regimes. The study did have some limitations, including that it only examined a specific type of breast cancer in which the tumour is receptive to oestrogen.

That made these tumours more susceptible to fulvestrant, which works by blocking oestrogen’s effect on cancer cells.

Around 2.3 million women were diagnosed with breast cancer and 685,000 died worldwide in 2020 alone, according to the World Health Organization (WHO).

By the end of 2020, 7.8 million were living with breast cancer who had been diagnosed in the past five years, making it the world’s most prevalent cancer, the WHO said.