Students from the Institute of Brunei Technical Education (IBTE) campuses took part in a video effects (VFX) and film and TV editing sharing session yesterday at the lecture theatre of the School of Aviation, IBTE Sultan Saiful Rijal Campus.

The participants were students from IBTE’s School of Aviation, School of Business and School of ICT.

The sharing session saw speakers United Kingdom-(UK) based VFX Editor Liyana Mansor and First Assistant and Assembly Editor Craig Ferriera who have experience working with HBO, Netflix and Paramount Television Studios. Liyana is known for her work for Alien: Covenant, Andor and The Alienist, while Ferriera is known for his work for Andor, Black Mirror and Beast.

According to the organiser, the sharing session was aimed at benefitting students studying electronic and media technology. It also aimed to inspire students to dive into VFX and editing as well as expand Brunei’s film industry. 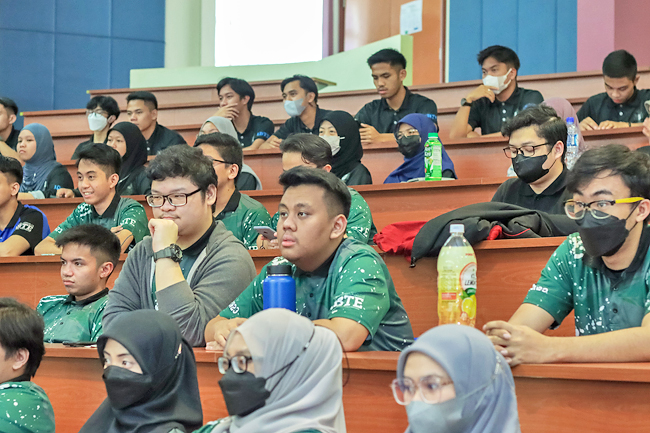