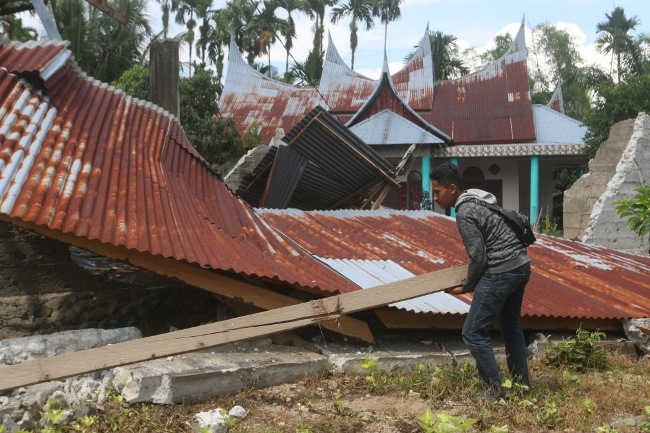 JAKARTA (AFP) – A 5.9-magnitude earthquake hit Indonesia’s Sumatra island early on Saturday, according to the United States (US) Geological Survey, killing at least one person and injuring dozens as locals rushed out of buildings seeking safety.

The quake hit at a relatively shallow depth of 13 kilometres just before 2.30am (1930 GMT), about 40 kilometres from the town of Sibolga in North Sumatra province, according to the USGS.