Leaders in the Royal Brunei Navy (RBN) must possess strong leadership values and lead by example to maintain peace, prosperity and maritime sovereignty of Brunei Darussalam.

The commander inspected the parade line and witnessed the marching of the parade, led by Lieutenant Commander Mohammad Hasmin bin Haji Hashim, RBN. 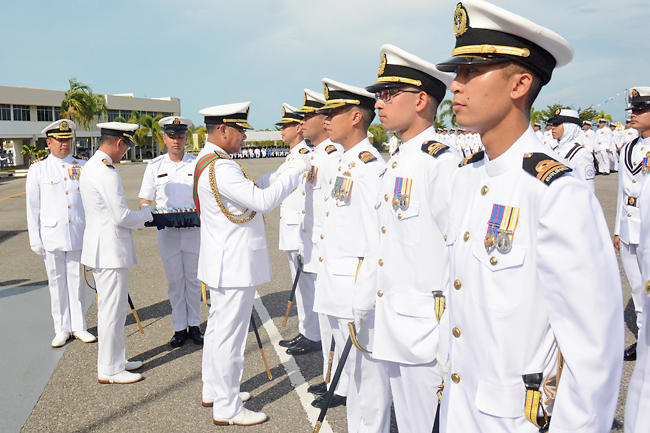 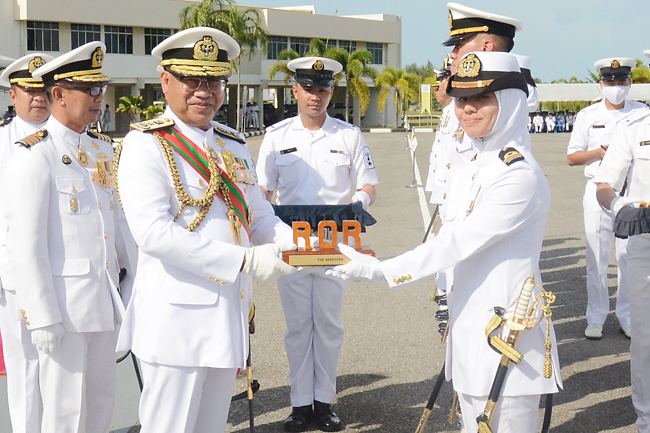 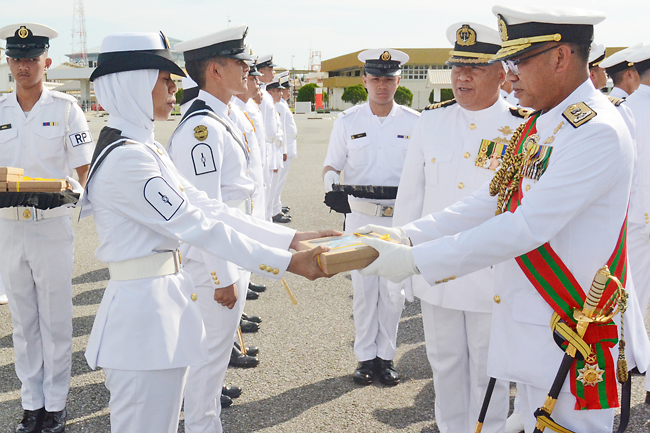 Fourteen RBN officers also received the Officer of the Watch Certificate signifying their competence at sea as an officer of the watch.

Awards were also presented to the best male and female athletes to commend their outstanding fitness abilities.

A series of events have been conducted in conjunction with RBN’s 57th anniversary, including cleaning campaigns at Muslim cemeteries, donations to former RBN members, and religious events such as Tahlil at the Royal Mausoleum, Khatam Al-Quran and Doa Kesyukuran ceremonies.

More events will be held to commemorate the anniversary, including dinners at all RBN messes, a blood donation campaign and an office open day at year’s end.