Striving to achieve a healthy society for all

The 2030 Agenda for Sustainable Development, adopted by all United Nations (UN) member states in 2015, provides a shared blueprint for peace and prosperity for people and the planet, now and into the future.

At its heart are the 17 Sustainable Development Goals (SDGs), an urgent call for action by all countries in a global partnership.

Dr Tay said the UN recognises that ending poverty and other deprivations must go hand-in-hand with strategies that improve health and education, reduce inequality, and spur economic growth – all while tackling climate change and working to preserve our oceans and forests.

Touching on the 17 SDGs, he said, “A quick glance and one will immediately see that many of these goals are interrelated. We cannot achieve these SDGs in silos.”

Providing an overview of SDG3, which covers good health and well-being, and the nine individual Key Performance Indicators, Dr Tay said that this includes reducing global maternal mortality ratio; ending preventable deaths of newborns and children; ending the epidemics of AIDS, tuberculosis, malaria and other communicable diseases; reducing mortality from non-communicable diseases; strengthening the prevention and treatment of substance abuse; halving the number of deaths and injuries from road traffic accidents; ensuring universal access to sexual and reproductive healthcare services; achieving universal health coverage; and reducing the number of deaths and illnesses from hazardous chemicals and pollution. 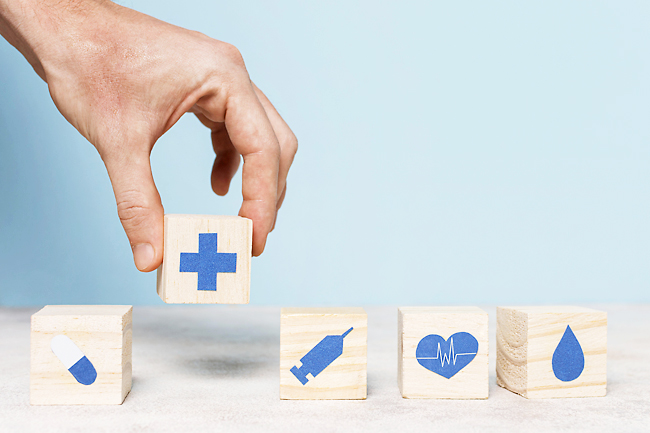 To achieve these goals, four means of implementation have been formulated, he said.

These include: strengthening the implementation of the World Health Organization (WHO) Framework convention on tobacco control; supporting the research and development of vaccines for communicable and non-communicable diseases, provide access to affordable medicines and vaccines; substantially increasing health financing and the recruitment, development, training and retention of health workforce, especially in developing countries; and pandemic preparedness through strengthening the capacity of all, particularly of developing countries, for early warning, risk reduction and management of national and global health risks.

Touching on aspects of health, the CEO said that some may define health as an absence of disease, but WHO’s definition of health is much more comprehensive and holistic.

In the WHO constitution of 1946, health is defined as a state of complete physical, mental and social well-being and not merely the absence of disease or infirmity, and that the enjoyment of the highest attainable standard of health is one of the fundamental rights of every human being without distinction of race, religion, political belief, economic or social condition.

The Oslo Governance Centre that is part of the UN says that we have made great progress against several leading causes of death and disease. Life expectancy has increased dramatically, infant and maternal mortality rates have declined and we have turned the tide on HIV and malaria deaths have halved.

“But the world is off-track to achieve health related SDGs. Progress has been uneven and there is a 31-year gap between countries with the shortest and longest life expectancies,” said Dr Tay.

Driving home the point of inequality in healthcare, Dr Tay showed a slide from the Oslo Governance Centre that indicated at least 400 million people have no access to basic healthcare; more than 1.6 billion people live in fragile settings; more than 15 million people living with HIV have yet to receive antiretroviral treatment; and every two seconds, someone dies prematurely of non-communicable diseases, among others.

Summarising the challenges faced in achieving SDG3, Dr Tay said that they include: inequality of healthcare coverage in aspects of economic, gender, race, ethnicity, gender equality, and others such as caste; reduced funding on a global and national level, as well as lack of coordinated efforts and undermining of international organisations; growing corporate influence of tobacco, big pharma, alcohol and food industry; which are all exacerbated by geopolitical tensions and rising tide of fake news facilitated by social media.

“No one is safe until all are safe. The pandemic will not end until a large majority of people have immunity, either through vaccination or infections. We now see variants BA4 and BA5 beginning to drive the next wave.”

Dr Tay said that the success of all SDGs is dependent upon a peaceful and economically viable world; one that supports and empowers strong international institutions like the UN and the WHO.

“The pandemic has exacerbated global inequality, revealed a systemic inability to mount an effective response to global health challenges and weakened the international institutions that were entrusted with just such a response,” he said, further noting that the worsening geopolitical climate is leading us down a path where many of us really do not want to go.

In summarising his message, Dr Tay reiterated that the 17 SDGs are interconnected and must be tackled together, as the world must address the core determinants of health and well-being, including socio-economic determinants such as education, income and gender. In addition, investing in healthcare must be a priority and adequate funding secured if a long term impact wants to be made.

“We need to strive not just to tackle disease, but to achieve a healthy society for everyone. We need to work together as an international community to achieve the SDGs,” he added.