PARIS (AFP) – Striking airport workers in Paris called an end to their stoppages yesterday after securing a three-per cent pay rise from management – in line with a similar deal agreed for the railways this week.

The decision was voted at a staff meeting of employees of ADP Group, which runs the main Charles de Gaulle airport northeast of the capital and the smaller Orly airport to the south.

The strike had threatened to run to tomorrow, disturbing a major travel weekend at the start of the summer holidays in France.

“ADP Group welcomes the agreement,” the company said in a statement, while trade union leaders also sounded satisfied despite their initial demands for a six-per cent hike. The deal also provides for separate individual rises for around 1,800 staff members.

Like all countries faced with spiralling energy and food prices, France is seeing a round of strikes and pay demands in key sectors.

The state-run rail network SNCF agreed to a rise of 3.7 per cent on Wednesday for all non-management staff following stoppages, while government workers are set to receive 3.5 per cent.

“We encourage companies, where they can, to raise salaries,” Economy Minister Bruno Le Maire told a press conference on Thursday. 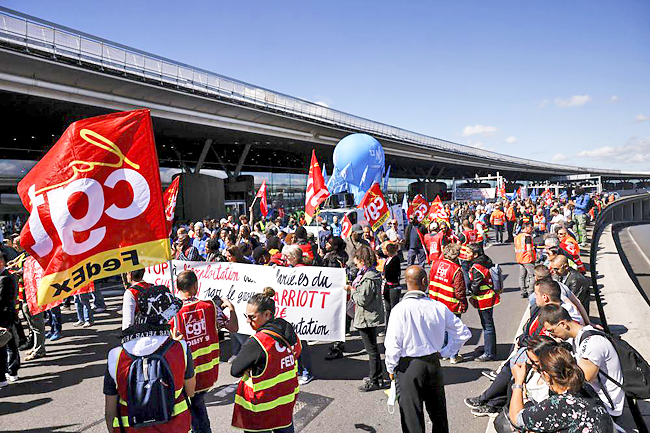