“I’ll never buy a smartphone for any of my children,” she said.

It’s a personal stance born of professional experiences. Stacey is a psychiatrist who works primarily with high school and college students in Fayetteville, Arkansas, and in her practice she routinely asks new patients to swipe open their phones and show her how much screen time they’re clocking per day.

“I rarely find one that’s under nine hours,” she said. “So, these teenagers are spending more time on their phone than they are sleeping.

She often urges those patients to delete just one app. Baby steps. But to some young people who land in her office, the thought of not keeping up a Snapchat streak is almost unfathomable. “I’ve said, ‘We can’t go any further with your treatment until you get your phone use down,’ and they just don’t come back,” she said. “That’s how strong the pull is for these devices.”

So Stacey, a mother of four, made a decision: Not her kids.

“If they want one when they turn 18 and they have a job and they can afford it, that’s their choice,” she said. 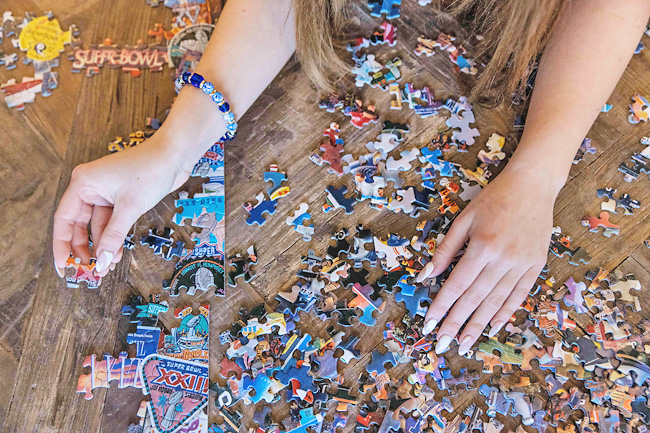 Stacey is a hard-liner in a war being waged in homes everywhere as grown-ups attempt to limit smartphone use that they believe can be harmful to kids, even as they struggle to establish healthy habits with their own phones.

And, big surprise, the parents aren’t winning. Because it’s not just their children they’re up against, but also a tech industry pushing products that insiders say are designed to be addictive and a society that has largely capitulated to the norms and urges and expectations all those phones and apps have created.

Even when it comes to kids. Fifty-three per cent of American children have a smartphone of their own by age 11, according to a 2019 report by Common Sense Media. By the time they’re 16, 89 per cent of kids have one.

An earlier report by Common Sense Media found that 50 per cent of teenagers felt addicted to their smartphones and that 59 per cent of their parents thought that was the case. All of this has coincided with a startling increase in mental health challenges among adolescents, which some psychologists believe might be tied to the adverse effects of social media use.

As Stacey sits with young patients who are grappling with anxiety or depression or lack of focus and can’t fathom cutting back their smartphone use, a single thought tends to run through her head: “This is so stupid, that these little devices are controlling these kids.”

The psychiatrist can’t force her patients to give up their smartphones. But she’s making darn sure her own kids don’t have them.

By the end of eighth grade, Annalise Stacey was the only one in her class without a smartphone. And her mom’s spiels about how bad the devices are for kids’ brains didn’t make that much easier.

If her friends decided to hang out after school or on a weekend, they would make plans via group text. When she went to sleepovers, she often ended up watching other girls scroll on their phones. Annalise, who is now 15, sometimes didn’t know what her classmates were talking about because gossip had been exchanged over text or social media.

“I was frustrated just because I’m more of a shy person, so I felt like I was definitely getting left out of things and I didn’t really know how to get included,” she said during a Zoom interview from her room, where gauzy fabric forms a canopy above her bed.

Dance competitions were the worst. In middle school Annalise danced on a competitive team that included girls from different schools. The girls had lots of downtime during competitions while they waited their turn to perform. In another era this might have been an opportunity to chat or goof around. But Annalise was trapped in that era by herself.

“I’d try to talk to people, but they’d just kind of go on their phones or on Snapchat or whatever,” she said. Not that she blamed them. They were being social – online, with people they already knew.

Annalise learned to bring a book along to competitions. She’d spend more time stretching on her own. She still loved dance, but the dynamic wasn’t much fun. “That was one of the reasons I actually quit dance for a year,” said Annalise. “It was hard for me to make friends on the team.”

Adriana Stacey knows how rough it’s been for Annalise. “It’s sort of a double-edged sword,” she said. “I can see it with my kids and how it affects them and their relationships.”

But she’s convinced that for all the challenges of going without a smartphone in adolescence, the toll of having one would be worse.

For Wendy Herlich’s 13 year-old daughter, Vera, being barred from owning a smartphone means a lot of things, none of them good. First, there’s the practical issues. Vera has been in classes where the teacher asks students to take a photo of the notes with their phones. She can’t do it.

At Hebrew school the sessions often begin with a quiz game that requires answering via smartphone. She can’t do it. Sometimes her friends will pity Vera and hand her one of their phones, saying she can borrow it for a little while. She really hates that.

Beyond the practical, Vera feels like not having a smartphone is an indication that her parents don’t trust her. And like they don’t care about her feelings. How could they understand what it means to be 13 and phoneless? Smartphones weren’t even a thing when they were kids.

Vera’s parents do let her have a phone – if you could even call it that. It’s a stripped-down device called a Light Phone that can make calls and send text messages. She’s so embarrassed by it that she almost never brings it out around other kids, especially ones she doesn’t know well.

“It’s, like, really dorky,” she said. “And there’s a lot of kids who judge me. Like I’m someone who’s not responsible enough to have something everyone else has.”