Held every Tuesday and Thursday afternoon, the programme comprised eight sessions providing a hands-on learning experiences for the children and to reinforce and expand concepts taught in class.

Forty-three pupils took part in the programme, led by 11 teachers. The pupils were divided into two groups – ‘Shark’ and ‘Octopus’ – and had the opportunity to enjoy craft making, storytelling, cooking, outdoor games and a field trip.

According to Chung Ching Middle School, the first session was a storytelling activity which involved roleplaying where the pupils acted out sea animals. The pupils then decorated a mini fish jar with aquarium plants and pebbles.

On the second day, children made their shark and octopus headbands.

For the third session, they were each given a mermaid template with their face pasted on and tasked with decorating the mermaid’s tail with colourful stickers. 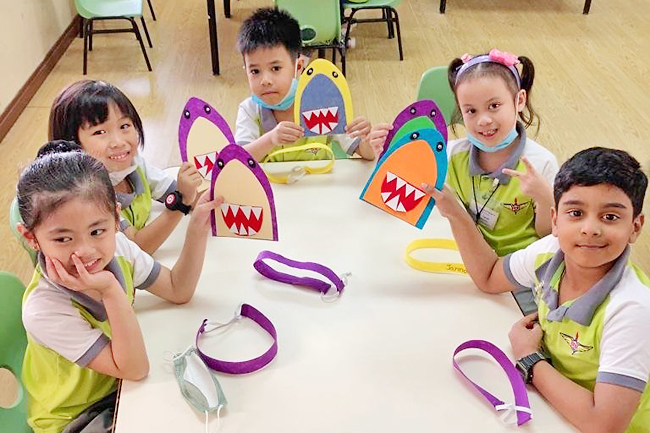 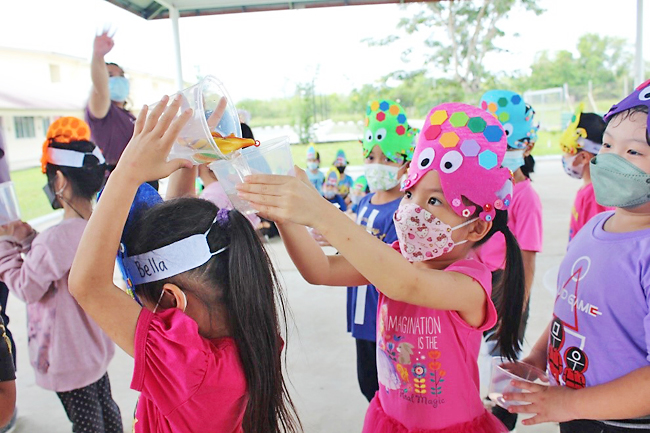 For the fourth session, the pupils paid an educational trip to Seria Energy Lab. The visit gave students the chance to bond with their classmates, experience new environments and enjoy a day away from the school.

The pupils painted and decorated a mini treasure box with pearls and seashells on their fifth session.

They were also provided with chocolate gold coins, maps and colourful stones to fill their treasure box.

During the sixth session, the pupils got their hands on decorating under-sea-animal-shaped cookies with coloured icing and toppings.

The seventh session saw the students making their own bento boxes filled with octopus-shaped sausages and starfish sandwiches.

The programme ended with outdoor game activities that were set up at the school compound. One of the main activities was a water relay race in which the members of each team needed to safely transfer jars of toy fish and water between them and fill the team’s bucket with the goal of having the most fish.

These games can have a positive impact on children’s physical development as well as their intellectual development, and allowed the students to learn the importance of teamwork, said the school.

Pupils who successfully completed the sessions were awarded a certificate, with the programme providing the pupils pleasure and positive influence in their learning and to make them ‘Shining Stars’ in kindergarten.