Standout novels to keep you entertained

Here are eight exciting new book releases for avid readers to check out:

UPGRADE BY BLAKE CROUCH
Logan, son of a brilliant scientist who unintentionally killed millions after a genetic experiment gone wrong, works for the Genetic Protection Agency to track down those who are involved in gene editing. His latest mission leads him to being caught in an explosion and he finds himself changing after his recovery. He can concentrate better, memorise things effortlessly and function on less sleep – everything about his body is improving and he is far stronger than he could’ve imagined.

But with his superhuman abilities, Logan is targetted by his own agency. He isn’t the only one whose genetic has been modified, and he needs to act fast to save the rest of humanity.

THE PUPPETEER’S DAUGHTERS BY HEATHER NEWTON
Famed puppeteer Walter Gray is suffering from dementia and doesn’t have much time left. At his 80th birthday party, he reveals to his three daughters that they have another sister.

Eldest daughter Jane watched her father rise to fame when she young, middle daughter Rosie was born as the result of an affair, and youngest daughter Cora runs the family business. In order to find the fourth daughter and inherit their father’s legacy, they must fulfill the conditions stated in his will and confront their strained family ties. 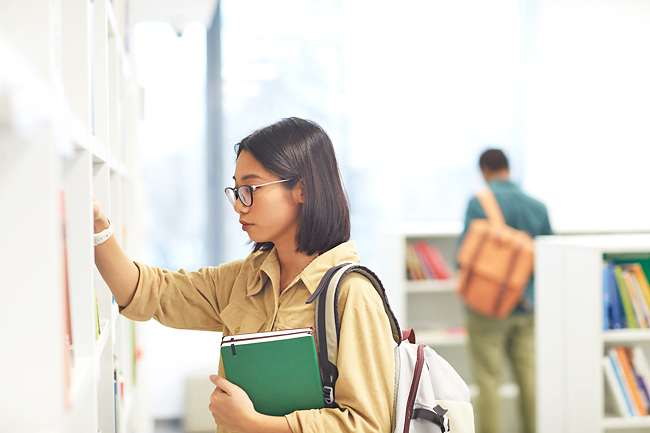 A HEAVY DOSE OF ALLISON TANDY BY JEFF BISHOP
After a terrible car crash, Cam’s ex-girlfriend Allison falls into a coma. Meanwhile, Cam gets into a basketball accident that requires him to undergo a knee surgery. The operation ends safely and leaves Cam confined to his couch, taking medication to manage the pain. Then he starts seeing Allison – the very same Allison who should still be in hospital just a few miles up the road.

KALEIDOSCOPE BY CECILY WONG
The Brightons are famous for their luxury fashion empire, particularly the eldest daughter Morgan who has come up with numerous popular designs and is well loved by the media.

Youngest daughter Riley has no interest in the family business and loves Morgan more than anyone else in the world but finds herself constantly in her sister’s shadow. When tragedy strikes, Riley is left devastated and must come to terms with what the future holds for herself and her family.

TOMORROW, AND TOMORROW, AND TOMORROW BY GABRIELLE ZEVIN
Sam and Sadie are childhood friends who both share a love for video games. While they eventually drift apart as they grow up, the two cross paths again, marking the start of a game development collaboration that will put Sam and Sadie in the public eye. The book follows the ups and downs of their friendship over the span of 30 years.

MARY BY NAT CASSIDY
Now in her late 40s, Mary wants nothing more than to be invisible and live a quiet life as she blends into the background. However, something strange is happening to her: body aches, sudden intense heat and voices in her head urging her to do horrible things.

After getting fired, Mary moves back to her hometown to take care of her aunt and hopes things will get better. Instead, she gets disturbing visions that are becoming more frequent and other strange happenings that may be linked to a serial killer.

THE 6:20 MAN BY DAVID BALDACCI
Former soldier Travis Devine works as a financial analyst at the city’s most prestigious investment firm and dreams of becoming one of the wealthy. His monotonous routine is broken when he receives an ominous email and her co-worker Sara is found dead in a storage room of his office building.

In addition to being questioned by the police, Travis receives another visitor who blackmails him into cooperating with the investigation of his firm.

THE DAUGHTER OF DOCTOR MOREAU BY SILVIA MORENO-GARCIA
Carlota Moreau lives in a secluded luxuriant estate, together with his father and the results of his horrific experiments who are part human and part animal. With his scientific research funded by the wealthy Lizaldes, Doctor Moreau is assisted by the pensive Montgomery Laughton.

Despite years of experiments, Doctor Moreau fails to produce satisfying results and the tension escalates when he receives a visit from Eduardo Lizalde, the son of Doctor Moreau’s benefactor.