Standing up for the future

While the world is monitoring new climate policies articulated at COP27 in Egypt, girls in the Asia-Pacific region are taking the lead and tackling the climate crisis head-on, according to Plan International’s annual report on girls’ leadership.

Titled The 2022 Asia-Pacific Girls Report: Their Fight for the Future, the report presents the region’s state of girls’ and young women’s leadership and the impacts they are having on climate change movements.

In partnership with the Stockholm Environment Institute (SEI), surveys, interviews and detailed research reveal how girls and young women change-makers are successfully demanding climate justice in the Asia-Pacific region.

In both online and offline spaces, girls and young women are collaborating to change the conversation and influence policy at national and international levels – 93 per cent of girls surveyed identified as engaging in policymaking processes, ranging from agenda setting and policy formulation to implementation and monitoring.

Yet the conditions in some countries are more enabling than others. Across the region, gender and age discrimination are restricting the ability for girls to take the lead.

“When girls and young women are given the support and opportunity to take leadership and stand up for the future of the planet, marginalised voices can be heard and everyone benefits,” said Plan International Asia-Pacific Hub Regional Director Bhagyashri Dengle. 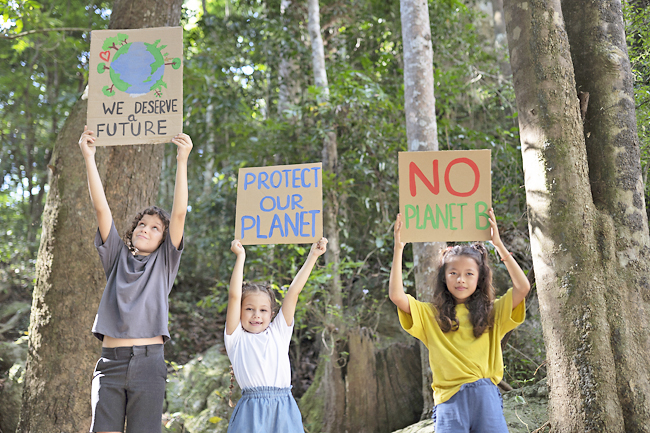 “Girls and young women continue to face multiple challenges and barriers in their lives, and they are disproportionately affected by climate change. This report demonstrates a girl’s ability to break through barriers.”

The report also identifies other enabling and constraining factors facing young women when trying to develop leadership capabilities in the region – through the Asia and Pacific Girls Leadership Indexes (GLIs).

The GLIs, launched in 2019, are uniquely focussed on adolescent girls and young women, measuring environmental conditions that allow a girl to exercise agency, voice and participation in their own lives.

Split into two different indexes for 19 countries in Asia and 14 in the Pacific, this year’s indexes offer cause for optimism: Over 70 per cent of countries have shown some form of improvement in the last year.

“While we welcome the efforts of many countries, girls and young women continue to be undervalued and underestimated. Discriminatory attitudes and practices are limiting their ability to enact leadership and their abilities in most areas of life,” said Dengle.

Droughts, extreme heat, flooding and increased exposure to diseases, all linked to climate change, are magnifying the inequalities of many adolescent girls living in poverty – driving more into forced marriages and early school dropouts.

Girl and young women climate promoters often feel rejected and isolated – some even report physical, mental and other forms of abuse due to their involvement. But this is not stopping them: 85 per cent of survey respondents indicate that being a girl or a woman motivates them to advocate for climate change and justice.

“Many people do not take us seriously at first. But we must be persistent in our advocacy, repeating messages again and again until it is heard,” said a Nepali respondent.

Through this persistence, girl-led climate action and influencing is becoming a catalyst for change across the region bringing climate science and its urgency to public attention.

Availability of data for young women in Asia and the Pacific is hard to come by. The indexes and accompanying research act as a unique instrument to influence policymakers, donors and the public to invest more in girls’ leadership and programmes.

“Despite challenges, power lies in girls and young women’s aspirations for change and determination to fight for climate justice and other causes. We must recognise girls’ and young women’s capacity as agents of change and provide safe spaces to strengthen their political capabilities and collective action,” said Dengle.