ASEAN’s lagomorphs play a vital role in the ecosystem, and the region is home to seven native species of lagomorphs.

This was shared by Executive Director of the ASEAN Centre for Biodiversity Dr Theresa Mundita S Lim in statement issued in conjunction with the 2023 Lunar New Year.

“As we hop into the year of the rabbit, let us get to know about some of ASEAN’s lagomorphs, a group of mammals made up of rabbits, hares, and pikas that play a vital role in the ecosystem,” she said.

“These animals keep ecosystems healthy as they feed on plants to control overgrowth and, at the same time, serve as a food source for predators. These herbivores also play an important part in the terrestrial food chain by consuming a wide range of forbs, grasses, and herbs”. 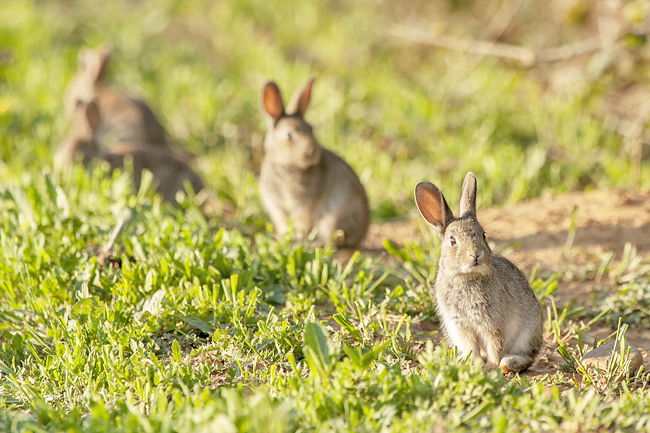 “The ASEAN region is home to seven native species of lagomorphs. One of which is the Annamite striped rabbit (Nesolagus timminsi), a nocturnal and solitary lagomorph named after the mountain range that is shared by Laos and Vietnam. This species is set apart from other lagomorphs due to its dark dorsal stripe, rust-coloured backside, and short tail and ears.”

“This species is elusive and can only be found in wet evergreen rainforests. Unfortunately, these rabbits, which are now classified as endangered, are threatened by prevalent snaring activities in their natural habitat.”

“Another elusive and interesting species that is often mistaken for the Annamite striped rabbit is the Sumatran striped rabbit, or Nesolagus netscheri,” she continued. “This largely nocturnal endemic lagomorph species of Indonesia is also rare and elusive, with some of the few sightings in Gunung Leuser National Park and in Kerinci Seblat National Park, both ASEAN Heritage Parks (AHPs).”

The executive director noted that AHPs are protected areas in the region that were recognised for their high conservation importance due to their species and ecological diversity and richness. She added that, to date, 55 protected areas have been declared as AHPs. However, habitat degradation and loss, as well as increasing habitat fragmentation, pose the greatest threat to the Sumatran striped rabbit.

Distinguished by long ears with a signature black tip, another ASEAN lagomorph species is the Burmese hare (Lepus peguensis), which has long and powerful hind feet and legs that allow this animal to escape danger quickly.

This nocturnal hare can be found in dry forests, grasslands, and plantations in Cambodia, Laos, Myanmar, Thailand, and Vietnam.

A number of Burmese hare species were spotted in some AHPs, such as Khao Yai National Park and Kaeng Krachan National Park, both in Thailand.

The high reproductive capacity of hares makes them an abundant source of food for a variety of fauna in the ecosystem.

Dr Lim highlighted that while it is a fact that most lagomorphs are known for their ability to multiply rapidly, it is not safe to assume that the population of these species will remain stable. She said that according to studies, it is estimated that about 25 per cent of the entire lagomorph population in the world is now threatened with extinction.

“Hence, just like any other animal species, these mammals must be protected and kept in their natural and native habitats. The AHP programme supports wildlife conservation and ecosystem restoration initiatives in protected areas where some rare lagomorph species can be found.”

The executive director added, “No matter how it is observed, the new year always signals a fresh start for people from all walks of life, around the globe. As we move forward to a more sustainable future under the guidance of a new set of global biodiversity targets, may we all have a happy, prosperous, and nature-positive 2023 and beyond.”