Members of the public can now view a meaningful mural wall outside of the Suzuki Showroom in Gadong, fronted by participants from SMARTER Brunei and UnikLearn.

Organised by Boustead Sdn Bhd, the sole distributor of Suzuki automobile in the Sultanate, the event, called ‘Suzuki Wall Makeover’, started in early May, inviting the public to create a design based on the theme ‘Young, Love and Joy’.

The design competition, which ended on April 30, saw multiple proposed designs submitted and the best design was presented BND1,000 in cash voucher.

Children from SMARTER Brunei painted the ‘Suzuki Wall’ yesterday while participants from UnikLearn will continue the work next week.

Suzuki Brunei Marketing Manager Adehelmie bin Haji Jaafar, in his opening remarks said, “One of Suzuki Brunei’s aims in 2022 is to be more involved with the community by forming emotional attachment initiating with our audience as well as more corporate social responsibility (CSR) activities. 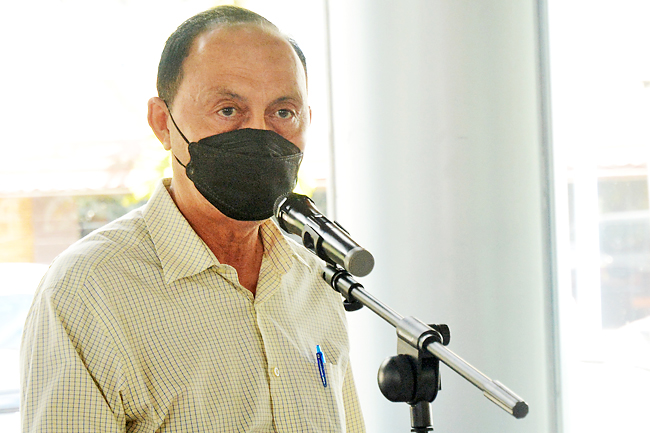 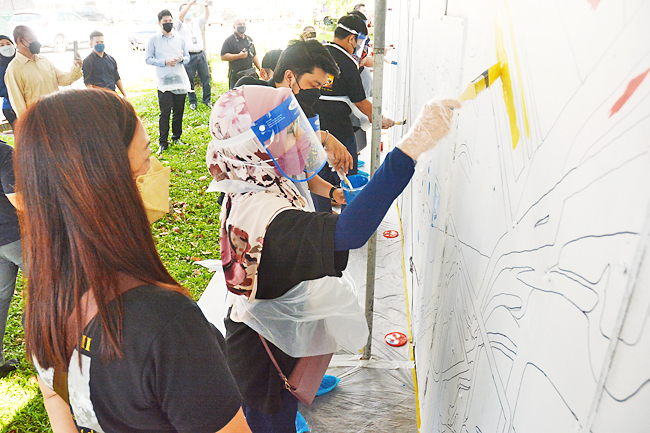 “We came up with the idea of revamping the front wall of our Suzuki Gadong branch as a joint collaboration with SMARTER Brunei, UnikLearn and contracted instructors and graffiti artists from Sketchone Studio.

“Our main objective is to give the children of SMARTER Brunei an opportunity to paint our mural, guided by the staff of Sketchone Studio to paint the first half of the wall to show our commitment towards the creatives. The wall is estimated to reach completion by June 4.”

Meanwhile SMARTER Vice President Brunei Major (Rtd) Talip Hj Mohd Tahir said, “What is more important than the art itself is the message. We have been living in negativity for quite some time, due to the COVID-19 pandemic. It feels good to have some positivity back into our lives. Furthermore, SMARTER Brunei has always believed in art therapy as an effective treatment for children with autistic spectrum disorder because it helps them to express themselves as well as improve their communication skills and thought process.”

Suzuki Brunei also held an online colouring contest, ‘Color My Wall’, as an additional online activity. Participants had to colour an artwork provided by Suzuki Brunei digitally or physically.

A huge number of submissions were received. However, only the three best colouring techniques were selected to win the BND50 prize based on creativity, colours, overall aesthetics and neatness.

Meanwhile, Suzuki Brunei hopes to build a long-term relationship with SMARTER Brunei, Uniklearn as well as the street art community in Brunei through ‘Suzuki Wall Makeover’.