SAN FRANCISCO (AFP) – Snapchat’s owner plans to “substantially” slow recruitment after bleak results on Thursday wiped 25 per cent off the stock price of the tech firm, which is facing difficulties on several fronts.

Snap reported that its loss in the recently ended quarter nearly tripled to USD422 million despite revenue increasing 13 per cent under conditions “more challenging” than expected.

A hit with young Internet users in its early days, ephemeral messaging app Snapchat has remained a small player in the social networking space as competition has grown ever more intense.

“We are not satisfied with the results we are delivering, regardless of the current headwinds,” California-based Snap said in a letter to investors. The firm pointed to a punishing confluence of increased competition, slowing growth of its revenue, “upended” advertising industry standards and macroeconomic woes.

Snap share price was around USD12 in after-hours trading in the wake of the earnings report. “Competition – whether it’s with TikTok or any of the other very large, sophisticated players in the space – has only intensified,” Snap Chief Financial Officer Derek Andersen said on an earnings call.

“So it’s hard to disentangle the numerous factors here impacting what’s clearly a headwind-driven deceleration in our business,” he added. The number of people using Snapchat daily grew 18 per cent to 347 million from the same quarter a year ago, Snap reported. 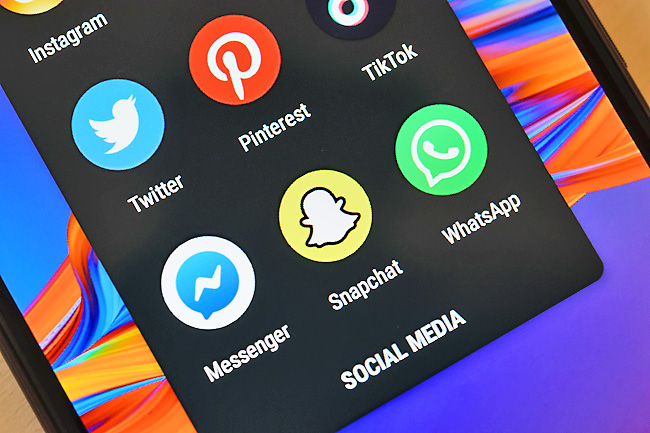 Snap last month launched a subscription version of Snapchat as it looks to generate more money from the image-centric, ephemeral messaging app.

Snapchat+ is priced at USD4 a month and will provide access to exclusive features. It said that these would include priority tech support and early access to experimental features. The subscription version of the service made its debut in Australia, Britain, Canada, France, Germany, New Zealand, Saudi Arabia, the United Arab Emirates, and the United States, Snap said. Snap in February reported its first quarterly profit, but two months later warned that it saw the economic outlook as having darkened considerably.

“Snap is also still reeling from the impact of Apple’s privacy changes, which have disproportionately impacted performance advertisers, creating a one-two-punch to its entire ad business.”

Snap is a small player in the online ad market, accounting for less than one per cent of the money spent worldwide, which makes it more susceptible to such changes and challenges than Internet giants such as Facebook-parent Meta, Enberg said.

“It can be difficult to attribute deceleration to any one factor,” Andersen said. “But in order to keep growing, we’ve got to stay focussed on the inputs that we control.”