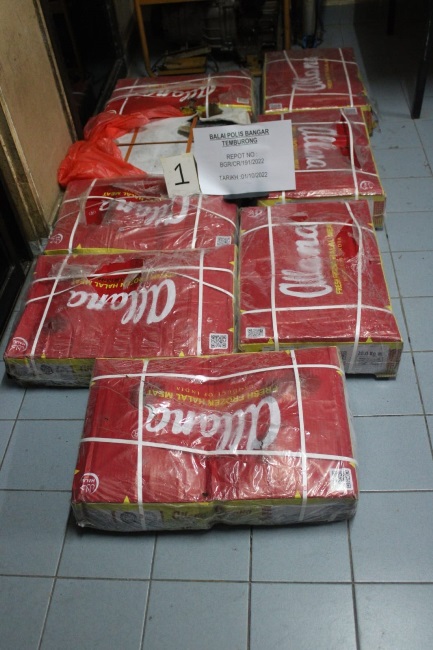 The Royal Brunei Police Force (RBPF) with personnel from the Royal Brunei Armed Forces uncovered eight boxes of frozen meat suspected to have been smuggled into the country.

The RBPF said the contraband was discovered during a patrol at the boat landing area of Kampong Puni in the Temburong District. The suspicious packages were found in forested areas.