Slow down for breathtaking scenes

CLUSES, FRANCE (AP) – “Be patient, slow down,” I reminded myself as we neared the summit of the Col de la Colombiere in the French Alps, a climb that’s been ridden 23 times in the Tour de France.

And, trust me, they don’t include it so regularly in the world’s most famous race because it’s easy. The Colombiere is a 17.6-kilometre challenge with an average gradient of 6.5 per cent.

I’m not a professional cyclist and was struggling. Up ahead was Mike Booth, my new cycling companion. Booth, a charming and chatty Brit who lives near the base of Mont Blanc, has ridden the Colombiere more than 50 times and wasn’t even breathing hard.

Over the past week, I’d ridden several other nearby cols (mountain-pass roads) by myself and had devised a simple but hard-to-maintain strategy: patience. “Take your time,” I had to remind myself once or twice a kilometre. “Relax and enjoy these amazing Alpine views… Hey look, cows!”

Booth was one of the reasons I was in the Haute Savoie (northern) region of the French Alps, based first in Annecy and now Cluses. 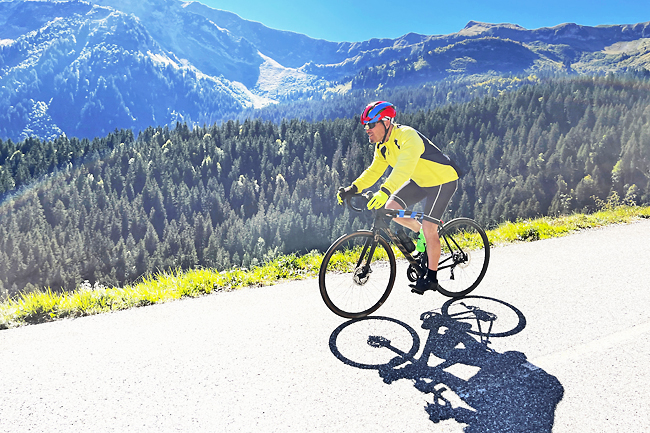 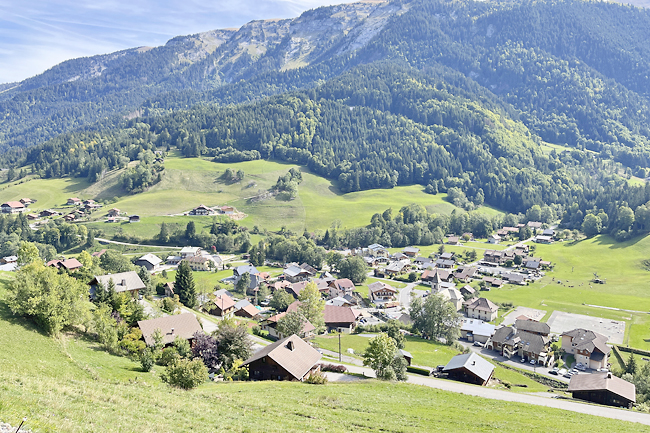 I’ve cycled in several French regions over the years and was struggling to decide where to go for my first post-COVID adventure. Alsace Lorrain was tempting, maybe the French Riviera. Then, I discovered Booth’s breathebike.com website and the videos of him climbing the area’s most famous cols, including the Colombiere.

The scenery was stunning, and Booth made climbing look so easy.

I emailed him a few rounds of questions, he answered. “The Alps it is,” I said, and booked a flight to Paris, made hotel reservations in Annecy and Cluses, and rented an all-carbon bike from Annecy Bike Rentals. Then I made arrangements to meet Booth outside my hotel in Cluses, and off we went to the nearby base of the Colombiere.

Booth first climbed this mountain in 2007, soon after he and his wife, Judith, moved here from England. They initially ran a bed-and-breakfast chalet in Les Houches, at the base of Mont Blanc, a romantic-sounding notion that turns out to be more work than romance.

“I suffered the first time,” Booth, 54, said of the initial ascent. He’d done a little racing in his younger days, but hadn’t ridden in several years and had put on some weight. “I was hopelessly unfit and completely in the wrong gear,” he said.

He’s now extremely fit and in the right gear.

Since they sold their bed-and-breakfast in 2017, Booth has become a bike-tour organiser, including rides around Mont Blanc, and a trek from Geneva to Nice.

Annecy, which sits picturesquely on the northern edge of Lake Annecy, is a popular tourist destination. It has scores of hotels for every price range.

Cluses? Not so much. It’s a much smaller, less visited town, but with a surprising number of cafes and restaurants, and it’s surrounded by mountains. My room at the Hotel National, in the centre of town, had mountain views out the window.

Then again, every town, village and city in the Haute Savoie is surrounded by the Alps. They’re everywhere, beckoning cyclists to test their ability to climb the cols made famous in the Tour de France.

The first half the Colombiere climb is mostly through forests, with a few views through the trees down to the towns that line the valley. Then, you emerge from the woods into the town of Le Reposoir, and the Alpine view you’ve travelled and climbed so far to see.

Le Reposoir means “resting place”, and this is the perfect spot to stop at a café or restaurant for a well-deserved break and some nourishment before the second, more difficult half of the climb.

The valley is spread out before you, with timbered chalets edging their way up the slopes in neat rows.

This is where the real climbing begins, starting with a series of S-turns you can see from Le Reposoir. Then, you ride along a steep ridge of the Colombiere.

And then, the final kilometre, the steepest of the ride at 11 per cent. “Uh oh,” I told myself.

“Slow down, you’re almost there.”

Any slower though and I might tip over. To my left was a valley with mountains covered in triangle-shaped pine trees on the other side. Up and to my right were the craggy, steep slopes of the Colombiere.

It took a while, but I made it to the top, and just sort of stopped and stared at everything all around me. The pain of the effort was instantly gone, replaced by a sense of accomplishment, enhanced by the view.

A lot of people had made their way up the Colombiere, in cars, on motorcycles and on bicycles.

If you’re not a cyclist, there’s still a lot to do in this region. There’s hiking trails and skiing everywhere. Albertville, the host city of the 1992 Winter Olympics, is near Annecy. The area also claims to be the birthplace of paragliding.

I took the mandatory selfie with the summit sign in the background. Then we headed back down the way we had just climbed, to Cluses.

I’m not an especially brave descender, but it sure was fun flying down the mountain.

“I still can’t believe I live here and get to wake up every morning with a view of Mont Blanc,” Booth said before he pedalled home. I stood there, outside my hotel, surrounded by the Alps, thinking how lucky I was just to be here.

Three days later, my final one in Cluses, I climbed the Colombiere again. Slowly.