Sky is the limit

With her unique features and personality, Rabi’atul ‘Adawiyah binti Haji Mohamed Nor was one of the outstanding graduates who shined at the 12th Hafl Al-Takharruj of Universiti Islam Sultan Sharif Ali (UNISSA) yesterday.

The 22-year-old fresh graduate proved that she can dream big and achieve excellence.

Rabi’atul ‘Adawiyah said she started her academic journey at UNISSA in 2018, pursuing a Bachelor of Halal Science as her major and a minor in Islamic economics, scoring Second Upper Class.

On her journey to success, Rabi’atul ‘Adawiyah shared that her stature is not a hindrance to achieving success.

She proved that during her time at UNISSA, completing every course, project and assignment as well as attending physical and online classes.

On how she moves from one class to the next, Rabi’atul ‘Adawiyah said she was lucky to have support and help from her friends, lecturers and others around her.

“They always asked if I was okay or needed help. For example, some of the lecture rooms were equipped with high chairs, and they would help me to get seated. 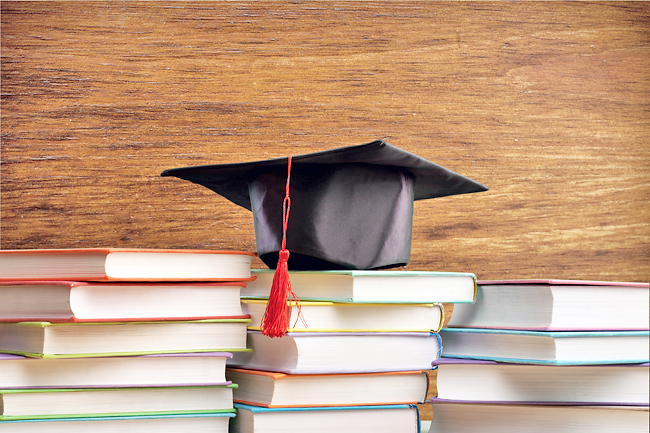 “Also, when I was alone in the library trying to find some reference books, the librarian would help me get the book if it was out of reach.

“Alhamdulillah, I feel blessed for having studied in a good environment.”

As the first of two children, Rabi’atul ‘Adawiyah is self-driven and dedicated to her studies.

She shared that prior to embarking on her Bachelor’s degree at UNISSA, she attended Iqra’ Primary School from 2004 – 2010, Pengiran Anak Puteri Hajah Masna Secondary School from 2011-2015 and Meragang Sixth Form Centre from 2016-2017.

During her ‘A’ Levels, Rabi’atul took Malay, Syariah and Business in hopes of continuing her studies in an Islamic discipline and deepening her knowledge in the field.

To her surprise, her application to UNISSA for Halal Science under the Halalan Thayyiban Research Centre was successful.

Not only did she learn about halal and haram in relation to food and drinks, she got the opportunity to immerse in other halal and haram perspectives that many are not aware of.

Among others are broader and wider fields of studies such as slaughtering, management, tourism and logistics.

She shared that the students learnt about halal Fatwa, especially in discussing the issue of the use of vaccines.

On why she chose halal science as her major, Rabi’atul ‘Adawiyah said, “I want to deepen my knowledge of current contemporary issues related to halal.

“Furthermore, as we know that the Sultanate prioritises halal and haram, the knowledge in this field is not widespread and fully understood by many.”

Thus, she is determined to make an impact by sharing information on the field.

In addition, she and her coursemates could be among those taking on the responsibility of setting up a Syariah halal hub in the country and abroad.

In sharing challenges of taking online classes, Rabi’atul ‘Adawiyah said that she found it difficult to focus compared to face-to- face learning.

“There were times when the Internet was slow, and as students, we couldn’t afford to miss a class.”

Another issue that she came up in completing her research on ‘Factors Influencing purchase intention of Halal local food products during COVID-19’ was the difficulty in getting materials such as reference books as the library was temporarily closed. She had to do with online journals and articles.

Rabi’atul ‘Adawiyah said youth considering pursuing higher education should take the opportunity available because there is no age limit to seeking knowledge. “Continue to follow your dreams, do not give up easily. When there is a will, there is a way,” she said. “Have faith in yourself and be strong in the heart and mind.”

She added, “I plan to continue my Master’s Degree at Universiti Brunei Darussalam.”