The Royal Brunei Land Force (RBLF) received a visit from Chief of Army of the Singapore Armed Forces (SAF) Major General David Neo Chin Wee at the RBLF Headquarters, Berakas Garrison as part of his three-day introductory visit to the country yesterday.

The SAF Chief of Army was greeted by Commander of the RBLF Brigadier General Dato Seri Pahlawan Saifulrizal bin Abdul Latif on arrival, and inspected the Guard of Honour mounted by the First Battalion of the RBLF.

He then made a courtsey call to the RBLF Commander.

Major General David Neo was appointed as Chief of Army of the SAF on March 10. His visit underscores the close and long-standing defence relations between Brunei Darussalam and Singapore. 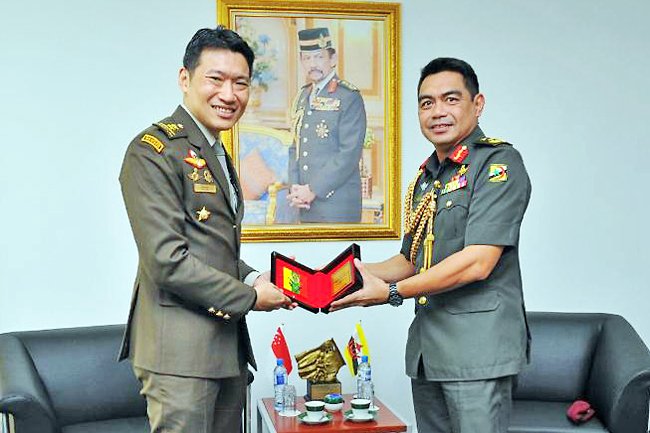