LONDON (AP) – Britain’s press erupted in outrage on Friday at Prince Harry and Meghan’s documentary series, which lambasts the United Kingdom (UK) media over its treatment of the royal couple.

But much of Britain reacted to the Netflix show with a shrug. Buckingham Palace had no comment, and the prime minister didn’t watch.

The first three hour-long episodes of Harry and Meghan were released on Thursday, with three more due December 15. So far, the series has contained few of the bombshells the palace had feared.

In the programme the couple, along with friends and Meghan’s family members, recount their early lives and blossoming romance, leading up to their fairy-tale wedding at Windsor Castle in 2018, and their growing discontent with what they saw as the media’s racist treatment of Meghan and a lack of support from the palace.

Harry and Meghan walked away from royal duties in early 2020 and moved to California to start a new life as campaigners, charity benefactors and media personalities.

At the heart of the show is the symbiotic and sometimes toxic relationship between Britain’s royal family and the media. Each side needs the other, but both are often dissatisfied with the arrangements.

Prince Harry has long railed against press intrusion that he said clouded his childhood and contributed to the death of his mother, Princess Diana. She was killed in a car crash in Paris in 1997 while being pursued by photographers. 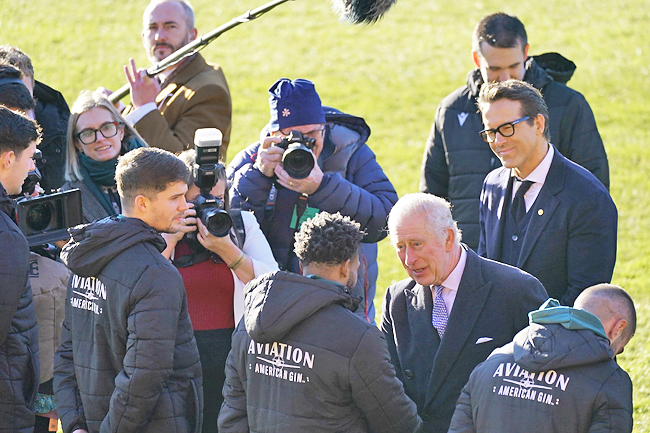 Meghan claimed in the documentary that the media wanted to “destroy” her, while Harry said his wife was subjected to a press “feeding frenzy”.

That riled British newspapers, many of which splashed their anger across front pages and editorial columns.

Some objected to claims in the series that the Commonwealth of the UK and its former colonies – an organisation led until her death by Queen Elizabeth II – is an extension of the British Empire and its racism. The Daily Telegraph’s front page accused the show of being a “direct hit” on the queen’s legacy.

In an editorial, the conservative-leaning Daily Mail called the show “little more than a hatchet job from start to finish”.

The tabloid Sun said the documentary was “made for an American audience – cementing their money-making potential in the US – and to hell with everything and everybody else, including the truth”.

Scotland’s Daily Record said the palace was stunned by the couple’s allegations, running the headline: “We are not amused.”

A lawmaker with the governing Conservative Party Bob Seely said he would try to introduce a bill in Parliament to strip the couple’s off their royal titles, the Duke and Duchess of Sussex.

Seely said Prince Harry was attacking important British institutions, “as well as trashing his family and monetising his misery for public consumption”.

Employment Minister Guy Opperman branded the couple “utterly irrelevant” and urged people “to boycott Netflix and make sure that we focus on the things that matter”.

Prime Minister Rishi Sunak’s office said it did not back Seely’s bill, or a Netflix boycott.

“It’s a matter for the public what channels they want to watch,” said spokesman Jamie Davies. He said the prime minister had not watched the series, and the government “would never comment on royal matters”.

The show comes at a crucial moment for the monarchy. King Charles III is trying to show that the institution still has a role to play after the death in September of the queen, whose personal popularity dampened criticism of the crown during her 70-year reign.

The king declined to comment on the Netflix series during public engagements in London on Thursday or during a visit on Friday to Welsh football club Wrexham AFC, where he met the team’s owners, Hollywood actors Ryan Reynolds and Rob McElhenney.

Both said they had not watched the series, with McElhenney joking, “I’ve never heard of it.”

Many in Britain had mixed feelings about a show that rehashes long-running grievances between the Sussexes, the palace and the press.

In London, 59-year-old Lucy Barratt said the documentary was “too much” – but that she might watch it anyway.

“I know it’s awful being a royal, but part of being a royal is not complaining,” she said. “Go on, have a drink with a mate and talk about it.

“I’m torn between watching it and slightly wanting to cancel Netflix. But then, as a sort of voyeur, I might watch it.”