Apart from the natural greenery and pristine jungle that give the Green Jewel of Brunei its name, Temburong District is also known for its udang galah or giant freshwater prawn.

Their showcase, which included a variety of udang galah buns, was an effective means of promotion, Noraqilah said, noting that udang galah has become synonymous with the district, and people from across the Sultanate visit Temburong for it.

“This makes it different from other 1K1P. The idea was also sparked by feedback from customers who did not enjoy savoury fillings like sambal bilis.

“Udang galah is less sweet, thus quickly became popular when we started selling from rented cube stores in the district. We now also sell it at cube stores in Kuala Belait and Brunei-Muara District, with plans for Tutong in the future.”

She said they started selling the buns during the first COVID-19 wave in 2020 and business picked up through word of mouth, leading to them renting cube spaces in the district. 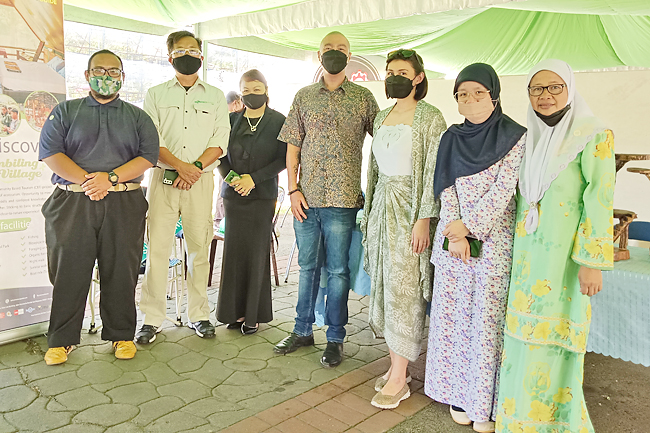 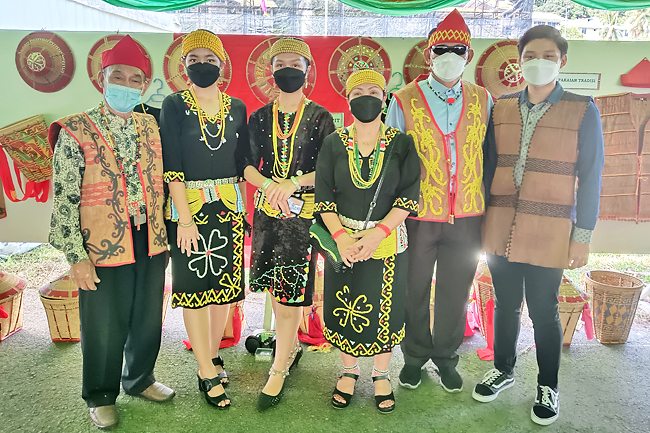 Noraqilah hopes for a proper platform to sell the buns, such as a shop specifically catered to 1K1P products.

Tourism products by Freme Travel were also promoted at the exhibition booth. One of the exhibitors, Benjamin bin Abdullah Lau said some local travel agencies offer trips to the jungle canopy, team building activities and a variety of tours and promotions.

“It has been two years since the pandemic hit. It is great to see people out and about again, and we want to attract as much domestic tourism as we can like when we had the Kenali Negara Kitani (KNK) promotion campaign.

“Hopefully this year people will get back to exploring Brunei.”

He said that while many locals are eager to fly again, there are those who still go to Temburong regularly, and they are happy to have and grow a loyal customer base looking for staycations within the country.

He added that because local travel agents offer a variety of tours, domestic tourists can keep coming back to have different experiences.

Meanwhile, Cultural Head of the Brunei Lun Bawang Murut Association Padan bin Lasong said the get-together was an opportunity for the Murut community in Temburong to extend their greetings to His Majesty on his birthday, while showcasing the association’s efforts in preserving their tradition.

Having participated in most national events, Padan said that this year they chose to showcase their traditional attire, decorations, accessories and music instruments.

Padan said that in previous years they had performed their traditional dances, as well as Murut wedding traditions, which they showed off at the last get-together event.

He added that the traditional costumes are still worn by the Murut.

However, it is only donned during special occasions, such as festivals, while traditional dances are also performed outside of the tribe’s festivities, such as weddings and cultural events.