One passerby, Johari, told the Bulletin, “These are quite attractive colours. I like the looks. I hope this initiative will attract more people to the capital, thus making it an exciting place to visit.”

He also hoped to see the project being extended to towns in other districts.

The project, implemented by the BSB Municipal Department of the Ministry of Home Affairs (MoHA) and Ministry of Development, was launched in last November.

The first phase involved the repainting of five shophouses along Jalan Roberts.

The ongoing project by the authorities is one of the initiatives under the BSB Masterplan, to restore the capital’s lively atmosphere of yesteryear. 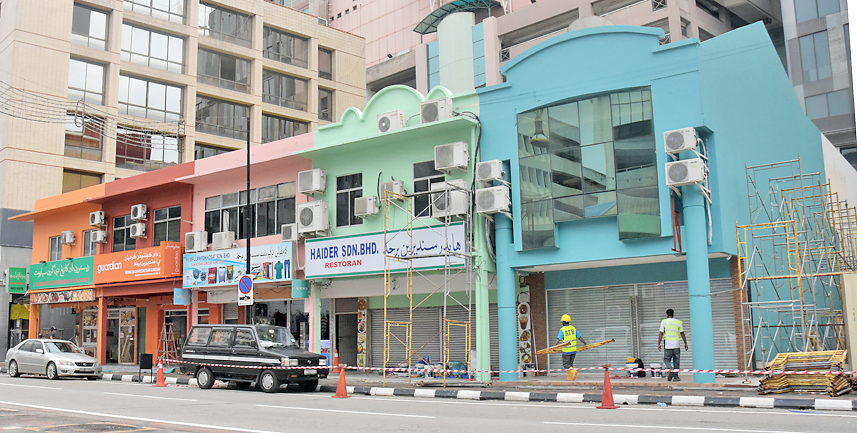