BEIJING (AP) – Visitors to Shanghai Disneyland were temporarily blocked from leaving as part of virus testing that extended to more than 400,000 people, the city government announced yesterday.

The park closed on Monday for testing of staff and visitors, Walt Disney Co and the government said in separate statements. The city health bureau said guests all tested negative and were allowed to leave by 8.30pm.

No details of a possible outbreak were released, but 1.3 million residents of the downtown Yangpu district were ordered on Friday to stay at home for virus testing.

The government is sticking to a severe “Zero COVID” strategy that has shut down Shanghai and other cities this year to isolate every case while other countries are easing anti-virus controls.

Also yesterday, authorities in the southern territory of Macao were carrying out virus tests on all of its 700,000 residents after one case was found last week.

“Zero COVID” has kept infection rates relatively low but at a high cost as businesses struggle with repeated shutdowns.­ 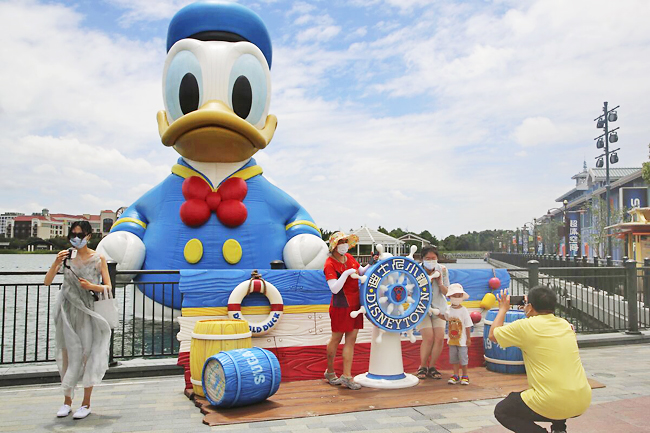