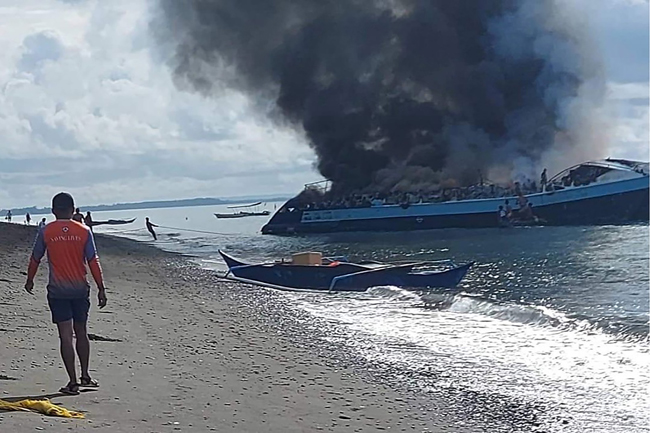 MANILA, PHILIPPINES (AP) – A ferry carrying more than 130 people caught fire in the northeastern Philippines yesterday, killing seven passengers and forcing many survivors to jump into the sea where they were rescued by other vessels.

The fire rapidly spread from the engine room to the upper passenger deck of the M/V Mercraft 2 while it was approaching a seaport in Real, town administrator Filomena Portales said. It had been en route to the town in Quezon province from Polillo Island.