SAN DIEGO (AP) – When nearly 80,000 Afghans arrived in the United States (US), refugee resettlement agencies quickly became overwhelmed, still scrambling to rehire staff and re-open offices after being gutted as the Trump administration dropped refugee admissions to a record low.

So the US State Department, working with humanitarian organisations, turned to ordinary Americans to fill the gap.

Neighbours, co-workers, faith groups and friends banded together in “sponsor circles” to help Afghans get settled in their communities.

They raised money and found the newcomers homes to rent, enrolled their children in schools, taught them how to open bank accounts and located the nearest mosques and stores selling halal meat.

Since the US military’s withdrawal from Kabul last year, the Sponsor Circle Programme for Afghans has helped over 600 Afghans restart their lives.

When Russia invaded Ukraine, a similar effort was undertaken for Ukrainians. 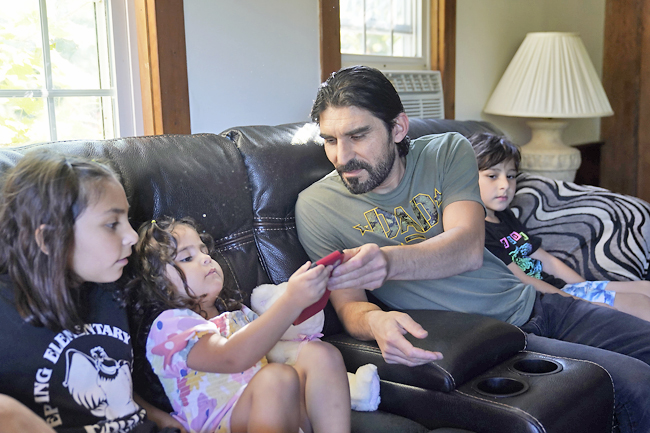 Now the Biden administration is preparing to turn the experiment into a private-sponsorship programme for refugees admitted through the US Refugee Admissions Program and is asking organisations to team up with it to launch a pilot programme by the end of 2022.

The move comes amid increasing pressure on President Joe Biden, who vowed in a 2021 executive order to increase opportunities for Americans to resettle refugees and restore the US as the world’s safe haven.

Experts said the private sponsorship model could transform the way America resettles refugees and ensure a door remains open no matter who is elected. “I think there is a real revolution right now that is happening in terms of American communities and communities around the world that are raising their hands and saying, `We want to bring in refugees,'” said founder and Chief Executive Officer of RefugePoint a Boston–based nonprofit that helped jumpstart the effort Sasha Chanoff.

It comes as the number of people forced to flee their homes topped 100 million this year, the first time on record, according to the United Nations High Commissioner for Refugees.

The pilot programme will incorporate lessons learnt from the Sponsor Circle Programme for Afghans, developed as an emergency measure to accelerate the resettlement of Afghans, with many languishing on US bases.

But the pilot programme will differ because it is intended to be “an enduring element of US refugee resettlement”, a US State Department spokesperson said in an email to The Associated Press.

The pilot programme will match regular Americans with refugees overseas who have already been approved for admission to the US, the spokesperson said. Later, the plan will let Americans identify a refugee overseas and apply to resettle them.

Canada has used private sponsorship for decades to augment its government programme.

Chanoff said the new model should also be in addition to the traditional US government refugee programme, which has admitted only about 15 per cent of the 125,000 cap Biden set for the budget year that ends on September 30.

The Biden administration has been slow to beef up staff and overcome the huge backlog, especially amid the COVID-19 pandemic, according to advocates.

Those numbers exclude the roughly 180,000 Afghans and Ukrainians who were mostly admitted through humanitarian parole, a temporary legal option that was intended to get them in quicker but left them with less government support.

Under the Sponsor Circle Programme for Afghans, participants underwent background checks, received training and developed a three-month plan. Each group had to raise at least USD2,275 for each person who was resettled, the same allocation the US government gives agencies for each refugee.

Mohammad Walizada, who fled Kabul with his family, said five days after he was connected to a sponsor circle with the Four Rivers Church in New Hampshire, his family moved into a furnished home in Epping, a town of about 7,000 residents.

Meanwhile, Afghan friends and relatives spent months on US bases waiting to be placed by a resettlement agency, he said. Many ended up in California, staying in hotels because of the lack of affordable housing, and with just three months of government assistance.

He said his sponsor circle gave his family 10 months worth of rent and a car, and someone still checks on him, his wife and six children daily.

Each circle gets a mentor who coaches them from WelcomeNST, an organisation created in 2021 to help Americans resettle Afghans and now Ukrainians. The organisation offers a Slack channel for circles and partners with the resettlement agency, HIAS, which connects them to caseworkers when needed.

The New Hampshire team has more than 60 members helping people like Walizada.

“I feel like I have a lot of family here now,” Walizada said.

To be sure, regular Americans have always helped resettle refugees, but not at this scale since the 1980 US Refugee Act created the formal programme, experts said.

A similar outpouring of goodwill happened when the Biden administration launched Uniting for Ukraine, which allows Ukrainians fleeing the war into the US for two years with a private sponsor. US Citizenship and Immigration Services, an agency of the Department of Homeland Security which oversees the programme, received more than 117,000 applications through August.

Hundreds of Americans have formed teams to resettle Ukrainians, including in Wyoming – the only state that has never allowed an official refugee resettlement programme.

“We just wanted to be able to do something and we have such a beautiful community here,” said pastor at Highland Park Community Church in Casper Darren Adwalpalker who formed a group that sponsored three Ukrainians who arrived to the city of 60,000 in June.

“Without private sponsorship, this would not have been possible for a lot of these communities with tremendous resources and goodwill to do this,” said Krista Kartson, who directs its refugee programmes.

With USD3,000, the pastor said his group provided an apartment for six months for the one Ukrainian who stayed in Casper. Just about everything else – grocery store gift cards, furniture – was donated.

“One of the things I’ve learnt is that the whole idea of a resettlement office isn’t that significant” if there are people on the ground willing to help, said Adwalpalker.

“We’ve got dentists working on their teeth. We have doctors seeing them. We have lawyers helping with their immigration paperwork.”

Retired biology professor Rudi Berkelhamer wanted to help because her grandparents fled attacks in the early 20th Century in what is now Ukraine.

She was connected to a sponsor circle in Irvine, California, through HIAS, which requires a six-month commitment. Circle members had a week to get to know each other and draft a plan before they were matched to an Afghan family – a young couple and their three-year-old son – in February.

Berkelhamer shuttled furniture to the family’s home and got them set up with computers and cellphones. Others got them bus passes.

The father – a mechanical engineer who worked with the US military in Afghanistan – found work at a parachute factory. The mother is taking English classes, and their son is attending preschool.

Berkelhamer sees the family every two weeks. This summer, she went to a museum with the mum and another circle member to paint parasols and have lunch. She plans to keep helping.

“It is not just the necessities; it is doing those kinds of things that make it so meaningful,” she said.