SHAH ALAM (BERNAMA) – A second fire broke out at Wisma Jakel in Section 7 yesterday, this time affecting the curtain store room at the premises.

Selangor Fire and Rescue Department (JBPM) Director Datuk Norazam Khamis said the department received a distress call at 12.40am, following which 43 firemen were mobilised to the scene and they managed to control the fire from spreading at 1.45am. “The fire was completely doused at 3.07am and overhaul work is in progress. There were no casualties,” he said in a statement.

The first fire broke out at the five-storey Wisma Jakel building recently. The Selangor JBPM has mobilised its K9 Tracker Dog Unit to conduct forensic work and determine the cause of the incident. Elements of arson and embers are among the main focusses of the JBPM investigation.

Norazam Khamis said the investigation will be focussed on all aspects and will be carried out in-depth, so that comprehensive information can be obtained. 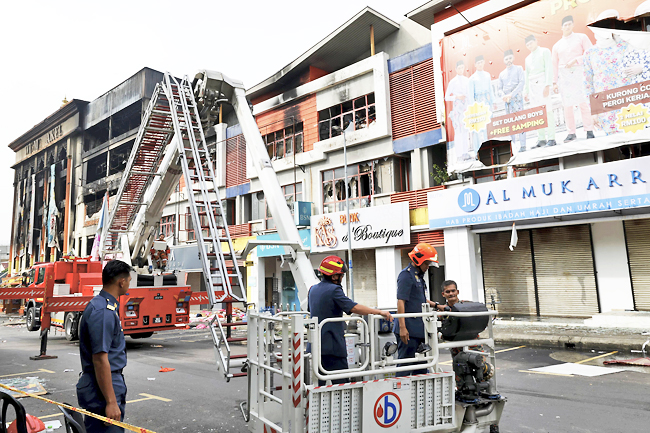