Plastic pollution is one of the major environmental concerns worldwide, causing harm to the ecosystems and human health.

Without the appropriate countermeasures, global plastic use is projected to nearly triple by 2060 relative to the 2019 levels. Half is expected to be landfilled by 2060, while less than a fifth will be recycled, according to a new report by the Organisation for Economic Co-operation and Development (OECD).

The recently released report, Global Plastics Outlook: Policy Scenarios to 2060, provides global projections of plastics use within the next four decades. By 2060, about two-thirds of global plastic waste will be from short-lived items such as packaging.

“If we want a world that is free of plastic pollution, in line with the ambitions of the United Nations Environment Assembly, we will need to take much more stringent and globally co-ordinated action,” said OECD Secretary-General Mathias Cormann in a press statement.

“This report proposes concrete policies that can be implemented along the lifecycle of plastics that could significantly curb – and even eliminate – plastic leakage into the environment.”

The new report builds on the previous OECD Global Plastics Outlook: Economic Drivers, Environmental Impacts and Policy Options, which was released earlier this year in February. 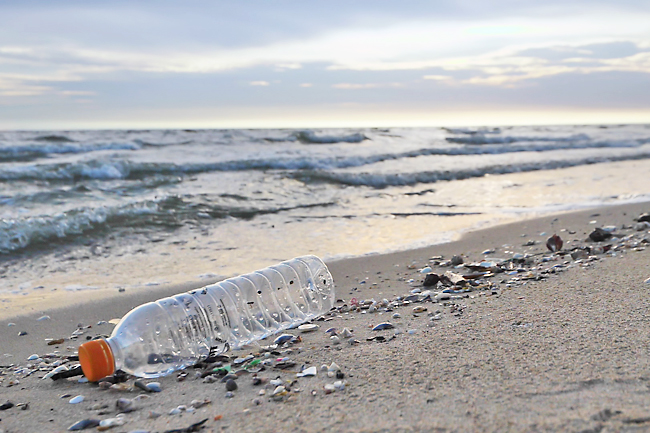 One of the previous report’s findings is that plastic waste has doubled from 2000 to 2019, with most ending up in landfill, incinerated or leaking into the environment. Since then, United Nations (UN) member states have pledged to negotiate a legally binding international agreement by 2024 to end plastic pollution.

According to the OECD’s recent report, usage of recycled plastics is projected to grow at a faster rate than virgin plastics – brand new plastics that have not been used. However, recycled plastics are expected to make up a small share of plastic use in 2060 at just 12 per cent.

Despite improvements in waste management infrastructure and litter collection, the amount of waste that is not recycled, landfilled or incinerated is projected to almost double from 2019 to 2060.

Mismanagement rates of plastic waste are expected to be low in OECD countries, dropping to one per cent within the next four decades. However, the rate is much higher in non-OECD countries, standing at 23 per cent, driven by economic growth particularly in Sub-Saharan Africa and Asia.

Recycling is projected to grow at a faster pace than all other waste management approaches, from nine per cent in 2019 to 17 per cent in 2060. This is almost on par with incineration (18 per cent), but lags far behind sanitary landfilling (50 per cent). Plastic waste that does not get proper treatment is projected to fall from 22 per cent to 15 per cent as they end up in uncontrolled dumpsites, burned in open pits or leak into the environment.

The global economy is projected to triple by 2060, further driving the amount of plastics use as living standards improve in all countries. Without new policies, global plastics consumption is projected to reach 1,231 million tonnes (Mt) in 2060, almost triple the 2019 levels.

Macroplastics will make up majority of the leakage (87 per cent) due to lack of proper treatment such as by recycling, landfilling or incineration, with littering as the fastest growing source of leakage.

Meanwhile, microplastic leakage is projected to more than double between 2019 and 2060, with OECD countries making up nearly a third of global microplastics leakage. In order to lessen the impact of plastics on the environment, the report suggests policies including taxes on plastics, incentives to reuse and repair plastic items, targets for recycled content in new plastic products, extended producer responsibility schemes and improved waste management infrastructure.

The OECD report is available as a preliminary version ahead of its full publication later this year.