A half-day scavenger hunt yesterday sent participants across the capital and its surroundings to learn more of the nation’s landmarks and traditional heritage.

“It is an eye-opener for most of us who are working 24/7 in the office,” said Marcus Ang of Team Accounts, who won the BND1,000 first prize from the scavenger hunt.

The ‘Dynamik Amazing Scavenger Hunt (DASH) hunt was organised by Dynamik Technologies and challenged participants to use the Izi.Travel app, a platform for digital audio tour guides created by the company. The event was also part of the Brunei December Festival 2022.

Participants were given a list of 60 sites to travel to using the Dart ride-sharing service, complete questions and challenges at the location on the Izi.Travel app and take selfies to post on social media.

Marcus and his work colleagues at a private company formed a three man team to participate in the scavenger hunt.

“It was a good chance for us to bond and at the same time, know more about Brunei. We also got to learn how to get around more efficiently,” he said.

His teammates, Khatijah Sabtu and Mohamad Fairul Azim bin Metussin said it was a good experience for them, and the biggest challenge was to get from one part of the country to another. 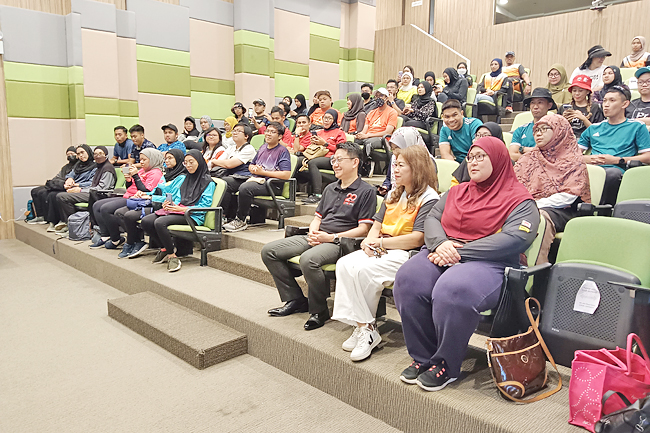 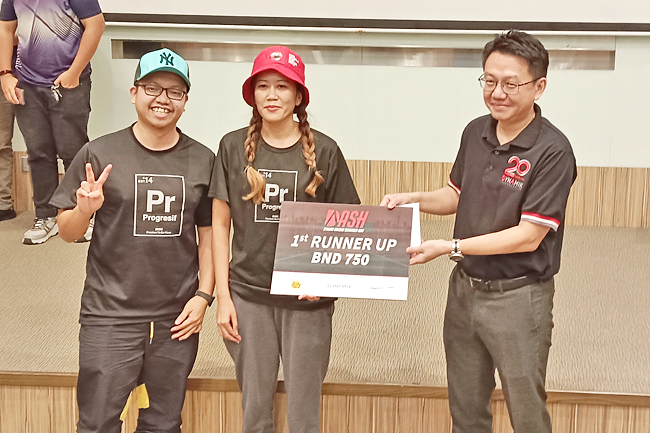 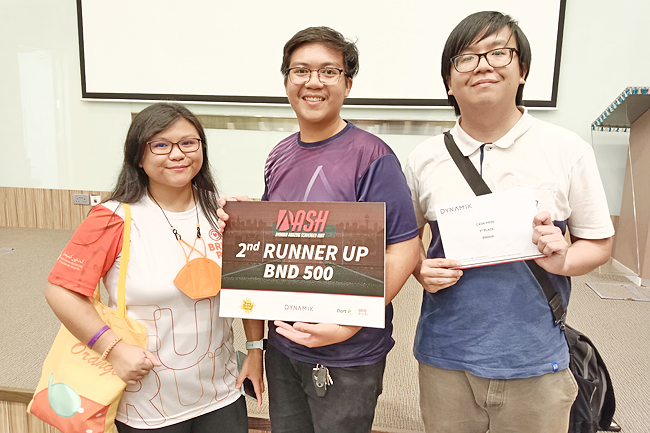 “That was really challenging. We did the right thing, which is calm down, read the rules early on before moving on to the games and got amazing results,” said Khatijah. “It was really fun.”

The first runner up prize went to team The 3 Huntsman, who won BND750.

Meanwhile, the Ciplaks, comprising a sibling duo and their childhood friend, managed to net the second-runner-up prize of BND500.

Mohamad Salihin said he was the navigator of the team, his sister Siti Nuraqilah helped with posting on social media and their childhood friend Irfan Eric was the brains.

Their Dart driver was also very supportive and knew the roads and shortcuts well, said Mohamad Salihin. “It felt like we knew her for many years,” he said.

They also experienced playing the hadrah, a traditional hand drum, for the first time.

“The highlight for us is running around and asking random strangers to take a photo of us,” he said.

While they weren’t expecting to win, they enjoyed the event and said the most important thing was learning more about the country and exploring the nation’s various locales and interesting sites.

He added the Izi.Travel app also tells users more about the history or place of a particular landmark. “It’s like a story telling app. Hopefully they’ll add more places in the future,” he said.

Dynamik Technologies CEO Haslina binti Haji Mohd Taib in an interview with the Bulletin said the scavenger hunt embedded lore about the city, culture, songs, folklore and dances and the people into its activities.

“The scavenger hunt team collaborated with people from outside Dynamik,” she said, adding that she was pleased they were able to convey knowledge, information and facts in a fun way.

“I am amazed at the community spirit, of people coming together, of the number of different industries supporting the event. I hope we can repeat it next year, and make it bigger,” she said, adding that the company hopes to hold similar events in other districts.

The hunt had 63 participants. Prizes and awards were handed out at the Design and Technology Building in Kampong Anggerek Desa.

Deputy Permanent Secretary (Higher Education) at the Ministry of Education and Director of Dynamik Technologies Dr Chin Wei Keh was the guest of honour.

A donation of BND945, proceeds from registration fees from the hunt, was also handed over for the ‘Goals of Education’ fund, which aims to provide ICT devices for students in need.