Save the ocean, ‘the lungs of the planet’

The world must do more to stop the dramatic decline in ocean health, United Nations (UN) Secretary-General António Guterres said at the recent UN Ocean Conference Youth and Innovation Forum, urging young people gathered in Carcavelos, Portugal to step up because his generation’s leaders had moved far too slow.

The event, held from June 24 to 26, brought together hundreds of youth from some 165 countries with a shared goal – protecting the ocean.

According to the UN, the ocean covers 70 per cent of the Earth’s surface, is the planet’s largest biosphere, and is home to up to 80 per cent of all life in the world.

It is not just ‘the lungs of the planet’ but also its largest carbon sink – a vital buffer against the impacts of climate change.

It nurtures biodiversity and produces food, jobs, mineral and energy needed for life on the planet to survive and thrive.

There is still much we do not know about the ocean but there are many reasons why we need to manage it sustainably – as set out in the targets of Sustainable Development Goal 14 (SDG 14) – Life Below Water. 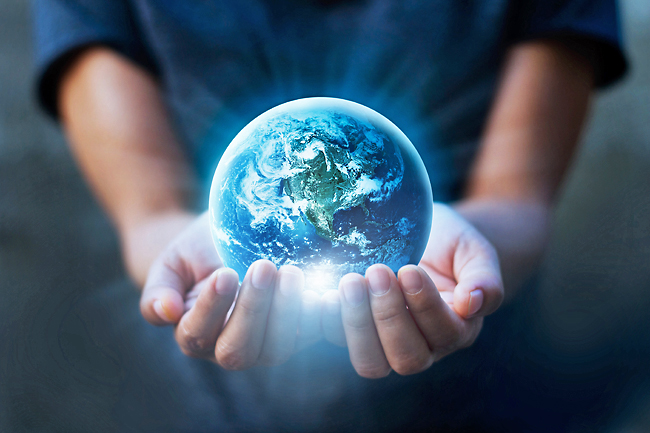 The science is clear – the ocean is facing unprecedented threat as a result of human activities.

Its health and ability to sustain life will get worse as the world population grows and human activities increase.

To address some of the most defining issues of our time such as climate change, food insecurity, diseases and pandemics, diminishing biodiversity, economic inequality and even conflicts and strife, we must act to protect the state of our ocean.

Speaking before 100 youth advocates at Carcavelos beach, on the edge of the ocean near the centre of Lisbon, the UN secretary-general reiterated the need to rescue the planet.

He apologised on behalf of his generation for the state of the oceans, for the deterioration of biodiversity and for the inaction on climate change.

“My generation, and those who were politically responsible – which is my case – we were slow or sometimes unwilling to recognise that things were getting worse and worse in these three dimensions – oceans, climate, and biodiversity,” Guterres said.

He added that, globally, the world is still moving too slow and must act to start rehabilitating the oceans, preserving biodiversity, and halting climate change.

The UN chief stressed that “it is a generational responsibility that goes far beyond political leaders”.

Telling the young audience that there is an area of plastics in the Pacific Ocean – a huge floating ‘dump’ of plastic containers, bottles and other detritus widely referred to as ‘the Great Pacific Garbage Patch – that is larger than France, Guterres said, “We are still throwing eight million tonnes of plastics to the ocean, every year.” The UN chief warned that the youth will inherit a planet in trouble, and he said that they would need “to do everything to reverse everything” – reverse political decisions, economic decisions, and individual behaviours.

“Let’s be honest, when I look at myself and my own behaviour, my footprint on the planet is too big,” the secretary-general admitted.

Wishing the participating youth success with their projects, the UN chief called on them to act.

“Your generation will be essential now to lead tomorrow to be able to manage and reverse this trend and rescue the planet,” he concluded.

Just ahead of the secretary-general’s address, movie star and ocean activist Jason Momoa made a special appearance alongside UN Special Envoy for the Ocean Peter Thomson.

Receiving ‘Nature’s Baton’ from Special Envoy Peter Thomson, Momoa said the baton, which symbolises the fact that the world’s existential challenges of climate change and biodiversity loss are linked with the state of the ocean’s health, had been going around the world and would continue to do so as an symbol to leaders.

“The time to act is now. Our ocean is in trouble, if we combine ambition, dedication and hope, we can change these outcomes,” he said.

“The ocean, where the water begins and ends its journey, enables systems to work for the wellbeing of humans and non-humans alike. Without a healthy ocean, life as we know it wouldn’t exist,” the actor added.

Peter Thomson cautioned that young people will be facing a two-to-three-degree Celsius global warming situation within their lifetime. “That is playing with fire,” he said.

Describing ‘Nature’s Baton’ as a symbol of connectivity, he spoke on the importance of respecting nature and getting back to a balanced relationship with it.

“We have to learn to live with respect for the ocean – not dumping rubbish in it, and not heating it up so much,” Thomson added.

The Forum was an opportunity for youth to contribute to the implementation of SDG14, just before the start of the UN Ocean Conference, taking place from June 27 through July 1, to seek science-based and innovative solutions to improve the health of our ocean.

Young entrepreneurs, innovators, and solutionists scaled up their initiatives, projects, and ideas with professional training and matchmaking with mentors, investors, the private sector, and government officials to maximise their impact.