The kingdom is the world’s largest crude exporter, but Prince Mohammed, the de facto ruler, has tried to make environmentally friendly policies a centrepiece of his reform agenda.

“Adopting unrealistic policies to reduce emissions by excluding major sources of energy will lead in the coming years to unprecedented inflation and a rise in energy prices, while increasing unemployment and exacerbating serious social and security problems,” Prince Mohammed said.

Energy policy has been a key component of Biden’s first Middle East tour as president.

Washington wants Riyadh to open the oil floodgates to bring down soaring gasoline prices, which threaten Democratic chances in November mid-term elections in the US.

Prince Mohammed said yesterday the kingdom would “play its role in this field”, reiterating a pledge made in May to ramp up daily oil production capacity by more than one million barrels to exceed 13 million barrels by 2027. 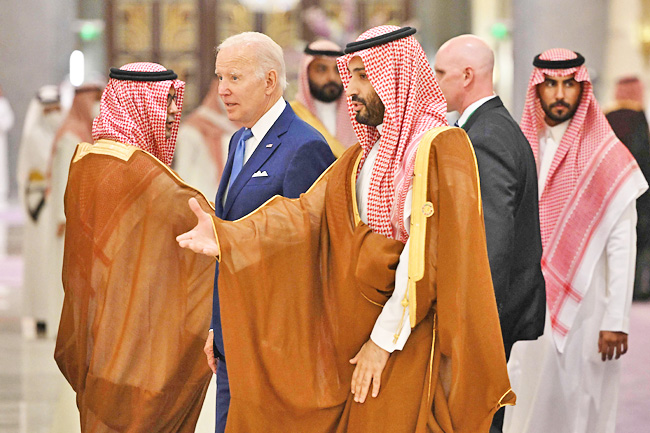