SEOUL (AFP) – Samsung Electronics said yesterday it expected its fourth-quarter operating profits to plunge 69 per cent to an eight-year low as the global downturn hammers demand for memory chips and smartphones.

It would be the company’s worst decline in quarterly profits since the third quarter of 2014.

In a statement, Samsung said fourth-quarter profits were “well below current market expectations”, blaming the performance on macroeconomic issues, spurred by central banks around the world raising interest rates.

Weak demand for memory chips was “greater than expected as customers adjusted inventories… to further tighten finances”, it said.

It added that this was “spurred by concerns over deteriorating consumer sentiment caused (by) continued high global interest rates and weak economic outlooks”. 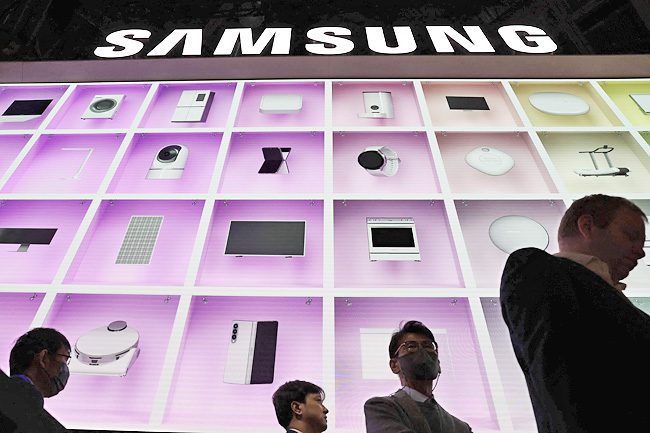 Against that backdrop, the Galaxy smartphone maker also “saw a significant drop in the memory business results due to lacklustre demand and also weaker sales of smartphones”, it added.

It was the first time in four years that Samsung issued an explanatory statement alongside their earnings predictions.

The firm is the flagship subsidiary of the giant Samsung Group, by far the biggest of the family-controlled conglomerates that dominate business in Asia’s fourth-largest economy and one that is crucial to South Korea’s economy.

“Looking at today’s announcement, this year will be a very difficult year. Not only Samsung, but the entire Korean economy seems to have to come up with a good survival strategy for the year ahead.”

The widely expected fourth-quarter drop is the second consecutive margin squeeze for Samsung, which saw a 31.39 per cent fall in operating profits in the third quarter year-on-year.

Until the second quarter of last year, Samsung, along with other tech companies, had benefited significantly from strong demand for electronic devices – as well as the chips that power them – during the pandemic.

But the global economy is now facing multiple challenges, including soaring inflation, rising interest rates and a growing threat of a broad debt crisis.

The company is expected to release its final earnings report at the end of this month.