Salt and vinegar potato salad is a fun, healthful riff on chips

THE WASHINGTON POST – If you love the puckery flavour of salt-and-vinegar potato chips as much as I do, this salad is for you.

In it, boiled new potatoes are cut into bite-size pieces, then doused in white wine vinegar while they are still warm so the acid can infuse them optimally.

That covers the vinegar side of the flavour duo – the salinity comes not only from the salt itself, but also from dill pickle, which also brings a measure of tangy acidity.

You might be wondering how a recipe featuring salt and potatoes could possibly be good-for-you, so let me explain. For one, potatoes are more inherently healthful than you probably realise.

They are an excellent source of fibre, vitamin C and potassium, plus they have vitamin B6, and minerals such as iron and calcium. 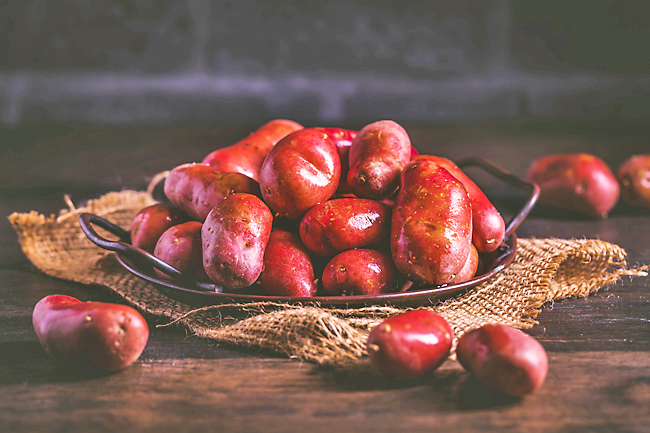 Keeping their skins on, as in this recipe, retains about half the potatoes’ fibre.

A big reason potatoes get a bad rap is because they can cause spikes in blood sugar, but this recipe helps keep that in check in two ways.

First, the vinegar adds enlivening flavour, and it helps reduce the glycemic impact of starches (in potatoes and other food) by slowing their absorption.

Second, while you can enjoy this salad warm or chilled, when refrigerated, some of the starch in potatoes (and in other food, such as rice and pasta) turns to a type called resistant starch, which is “resistant” to digestion, so it has a lower blood sugar impact, and actually becomes food for healthy gut bacteria. As for the salt, there is enough in the recipe to wake up the other flavours and justify the recipe’s name, but it’s still a modest amount as potato salads go.

But don’t just make this salad because it’s healthful. Make it because it is so darn delicious.

Those satisfying, skin-on spuds, brightened with vinegar, salt and pickles, get tossed with a drizzle of olive oil for balancing richness, crisp slices of red onion and fresh dill fronds to complete the picture for a crowd-pleasing salad that is sure to complement the other offerings and bring smiles to any picnic or cookout.

DIRECTIONS
Place the potatoes in a medium pot and add cold water to cover by about one inch. Set the pot over high heat and bring to a boil. Reduce the heat to medium-low, partially cover and simmer until the potatoes are easily pierced with a knife or skewer but still have some resistance, about 15 minutes. Drain and when the potatoes are cool enough to handle but still warm, cut into bite-size wedges and transfer to a large bowl.