Russell offered a hint of Mercedes’ potential with a strong performance in a session devoted to tyre testing, in changeable conditions, while Leclerc, unhurt, was left to watch from the Ferrari garage.

The 24-year-old Briton took advantage of a chance to shine as one of only a few drivers permitted to run on 2022 tyres and clocked a best lap in one minute and 19.970 seconds on softs.

This lifted him eight-tenths of a second clear of Yuki Tsunoda in his Alpha Tauri and Esteban Ocon of Alpine, both also allowed to use half the session to work on set-up with regular tyres after handing their cars to guest rookies for the opening practice. 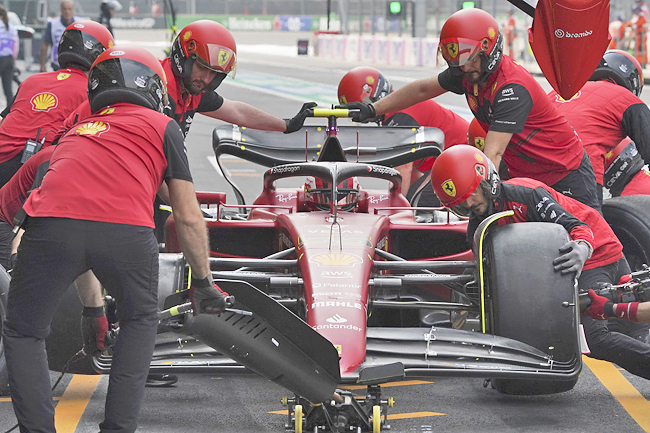